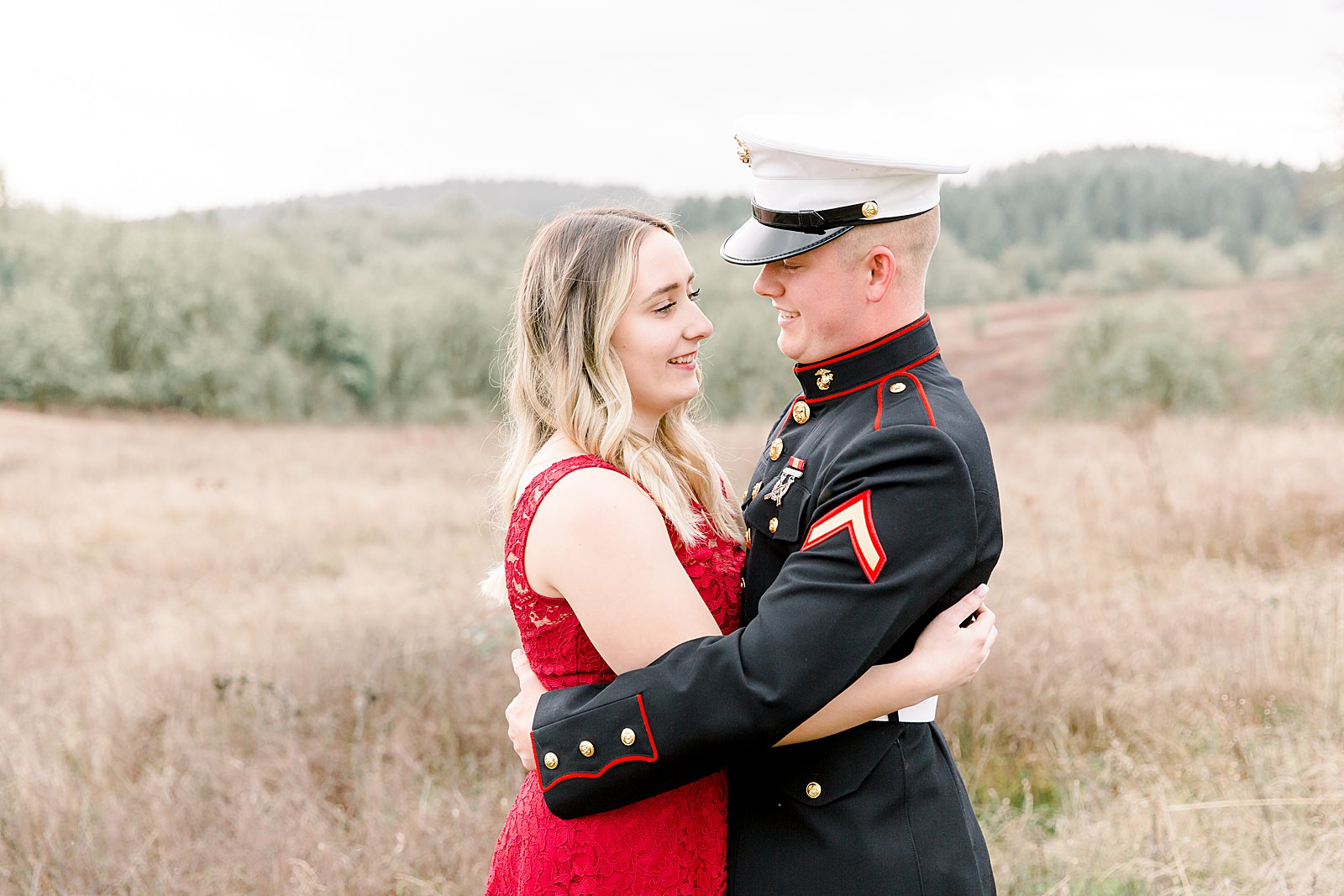 You would think that, since my brother is a Captain in the Marine Corps, I would’ve photographed a Marine in his dress blues before now. But Jesse & Helena’s engagement session at William L Finley was actually the first time I’ve had the privilege to do so!

These two cuties met a few years ago at a the county fair, and started dating just a couple months after. They’re exactly my kind of people….old souls with a love for the outdoors. When Helena first reached out to me, Jesse was at Basic Training. The inquiry was for a couples session, but right before Christmas, it turned into an engagement session when Jesse came home from Basic and proposed!!

I asked Helena how the whole thing went down, and this is what she said:

“He strategically planned the whole thing behind the scenes before he left for bootcamp. Then when he came back he told me we were going to dinner for a date night after he got back, but first his grandparents wanted to take pictures of us all dressed up beforehand since it was on the way. So we stopped there first and little did I know but he took me out to the barn where he opened the door and the whole thing was decorated so beautifully with pictures of us through the years on the walls, hay everywhere, and magical lights hanging above from a wagon wheel. He walked me down through the barn recapping our love story through memories and at the end gave a little speech and got down on one knee. So special and perfect!”

Talk about a swoon worthy proposal!! I’m seriously so excited for these two and what the Lord has in store for them. Congrats again, you two! 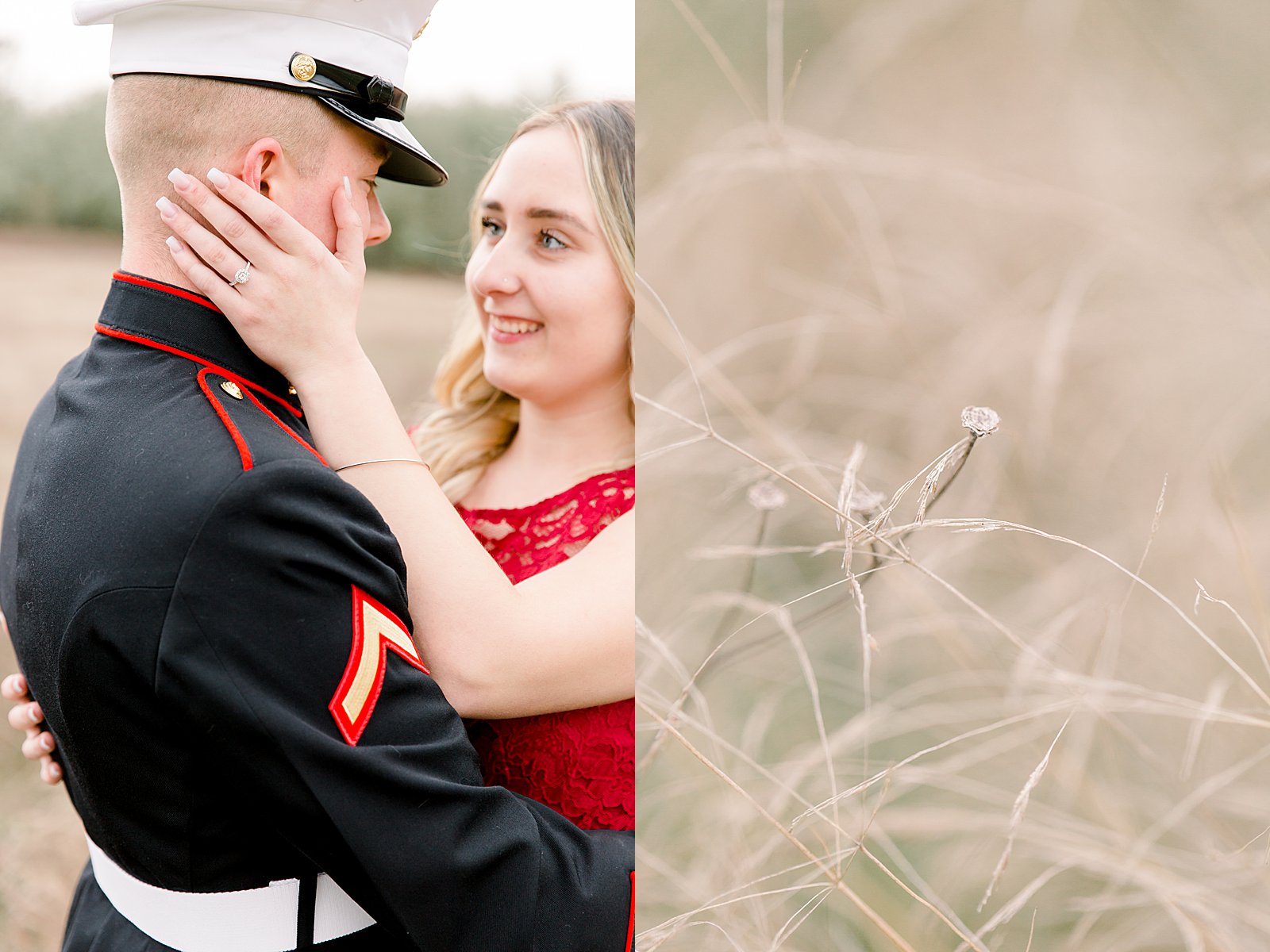 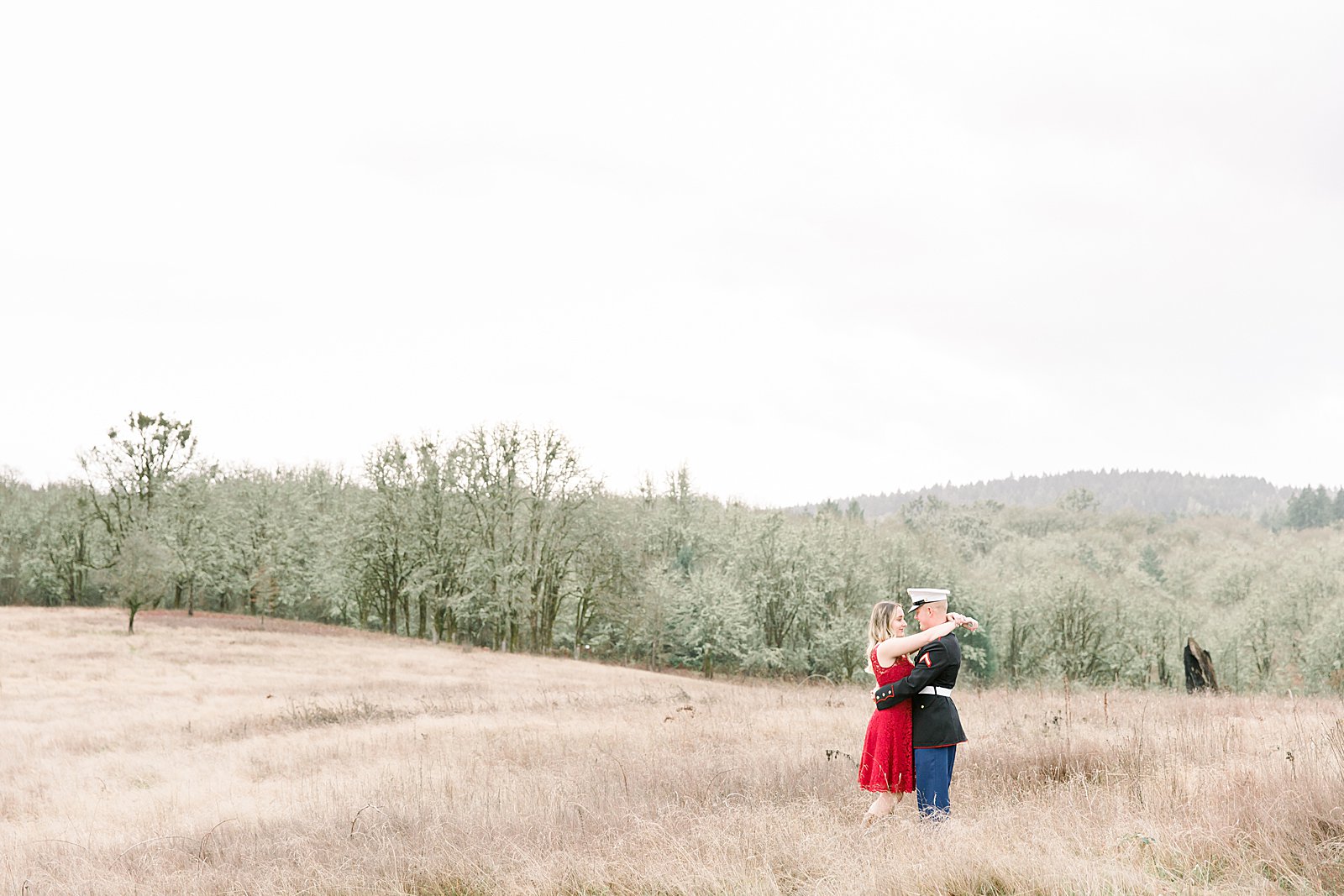 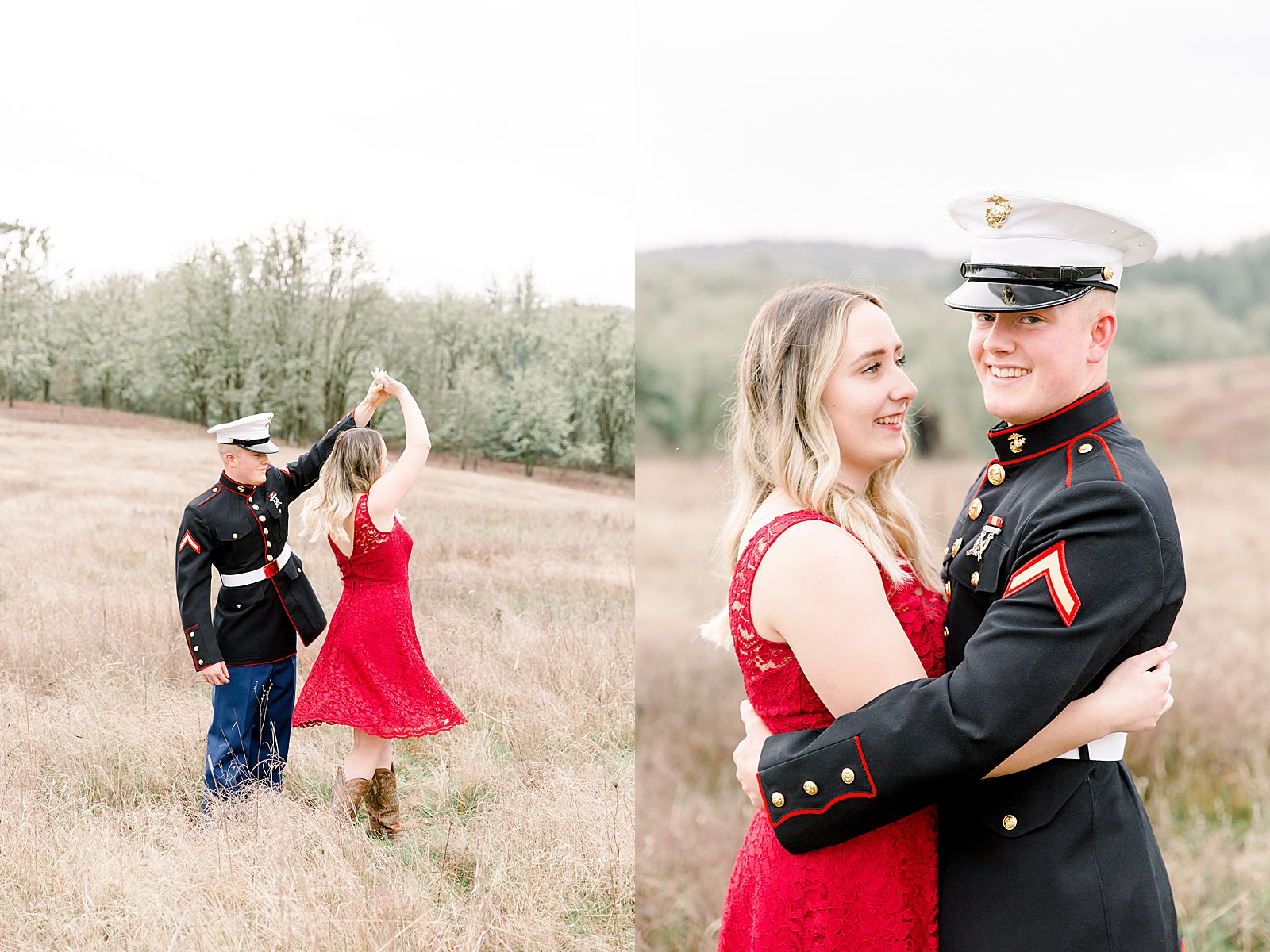 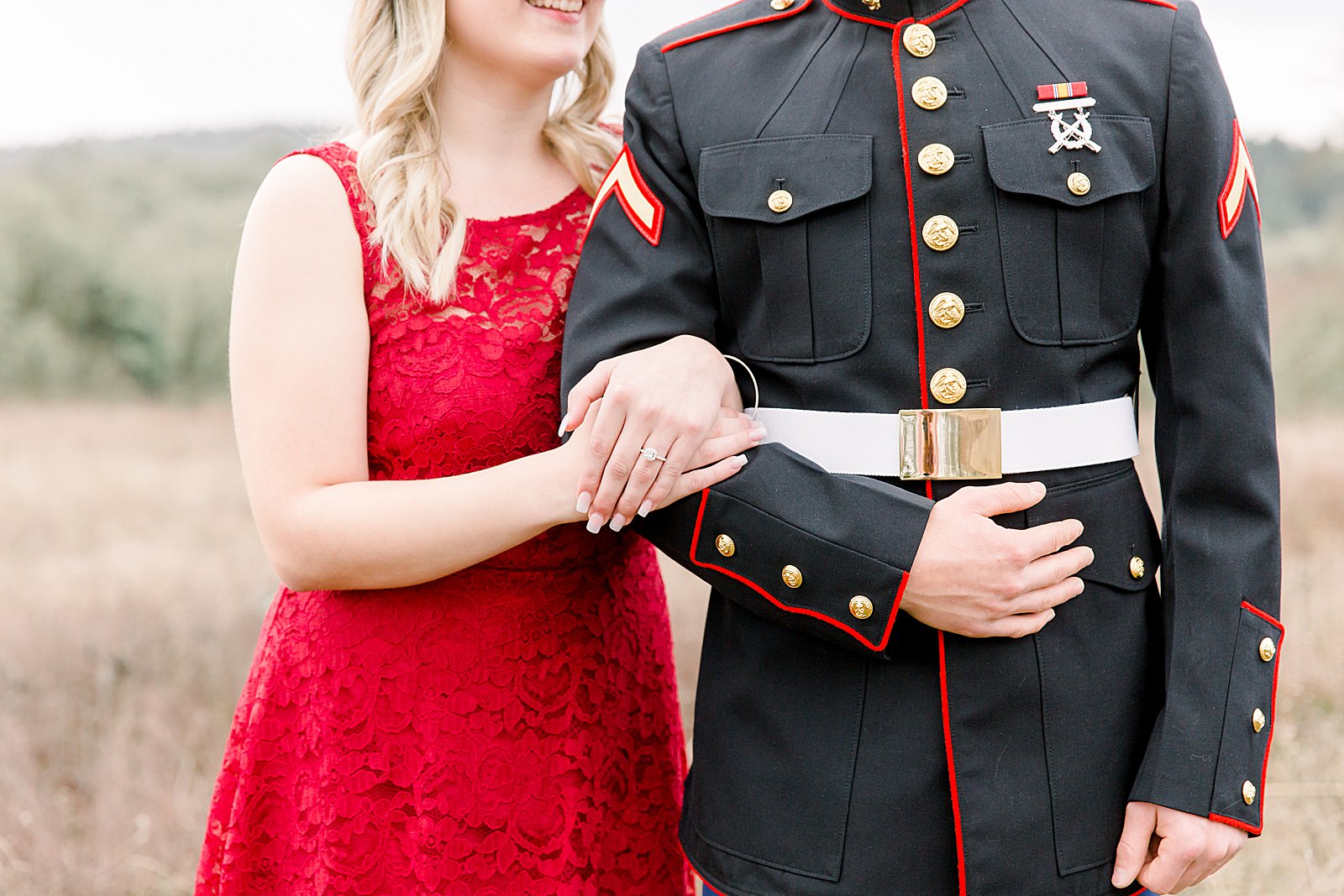 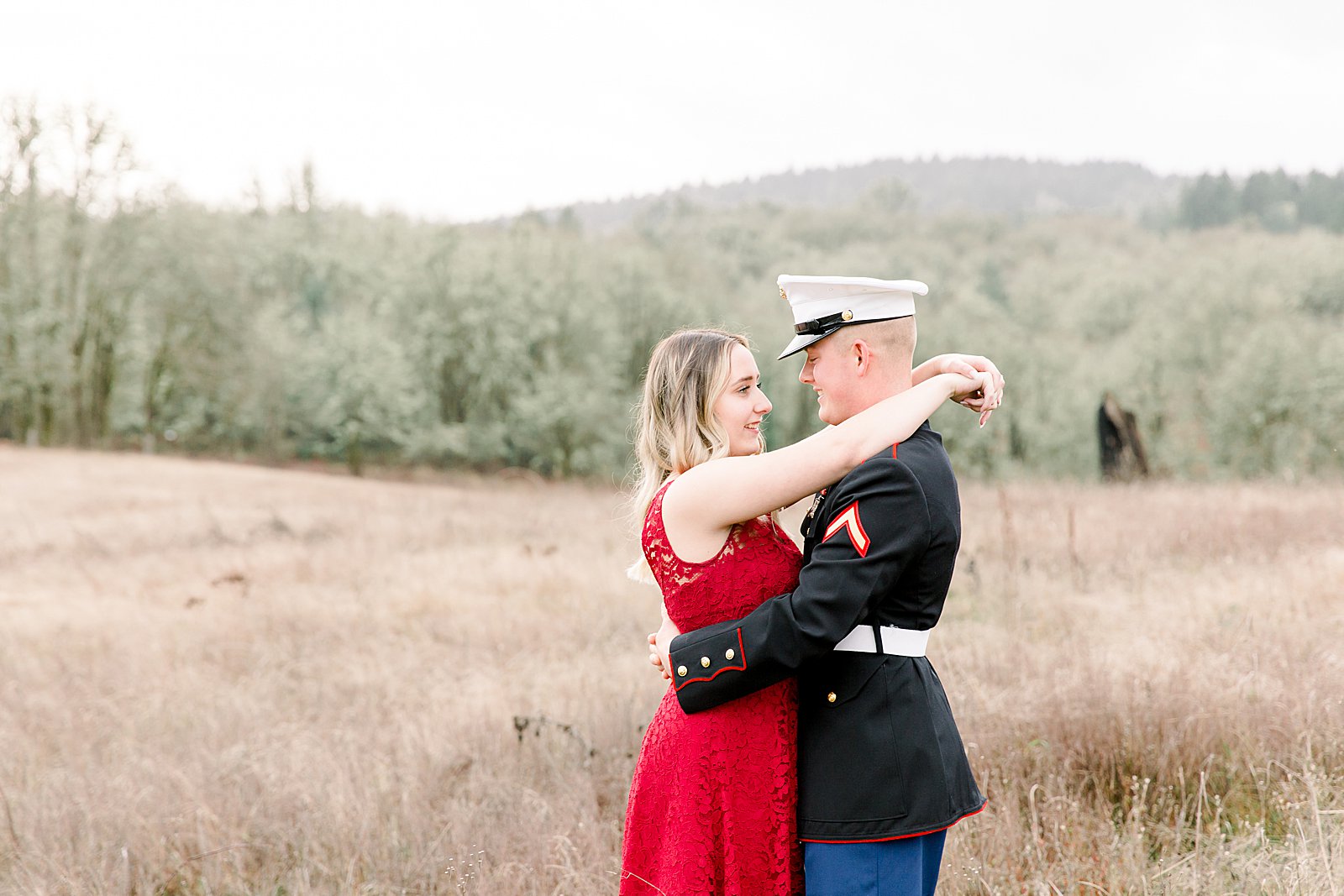 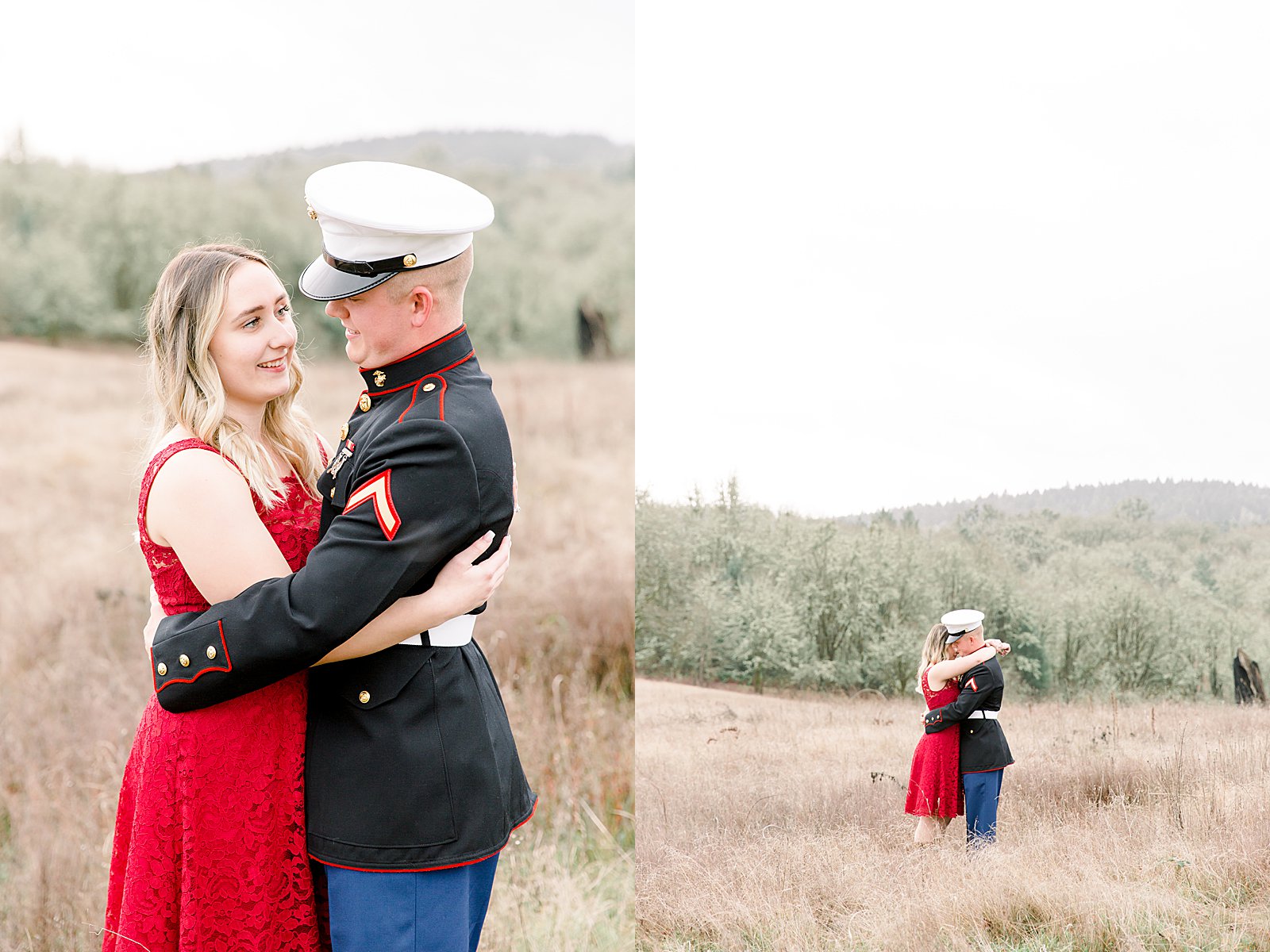 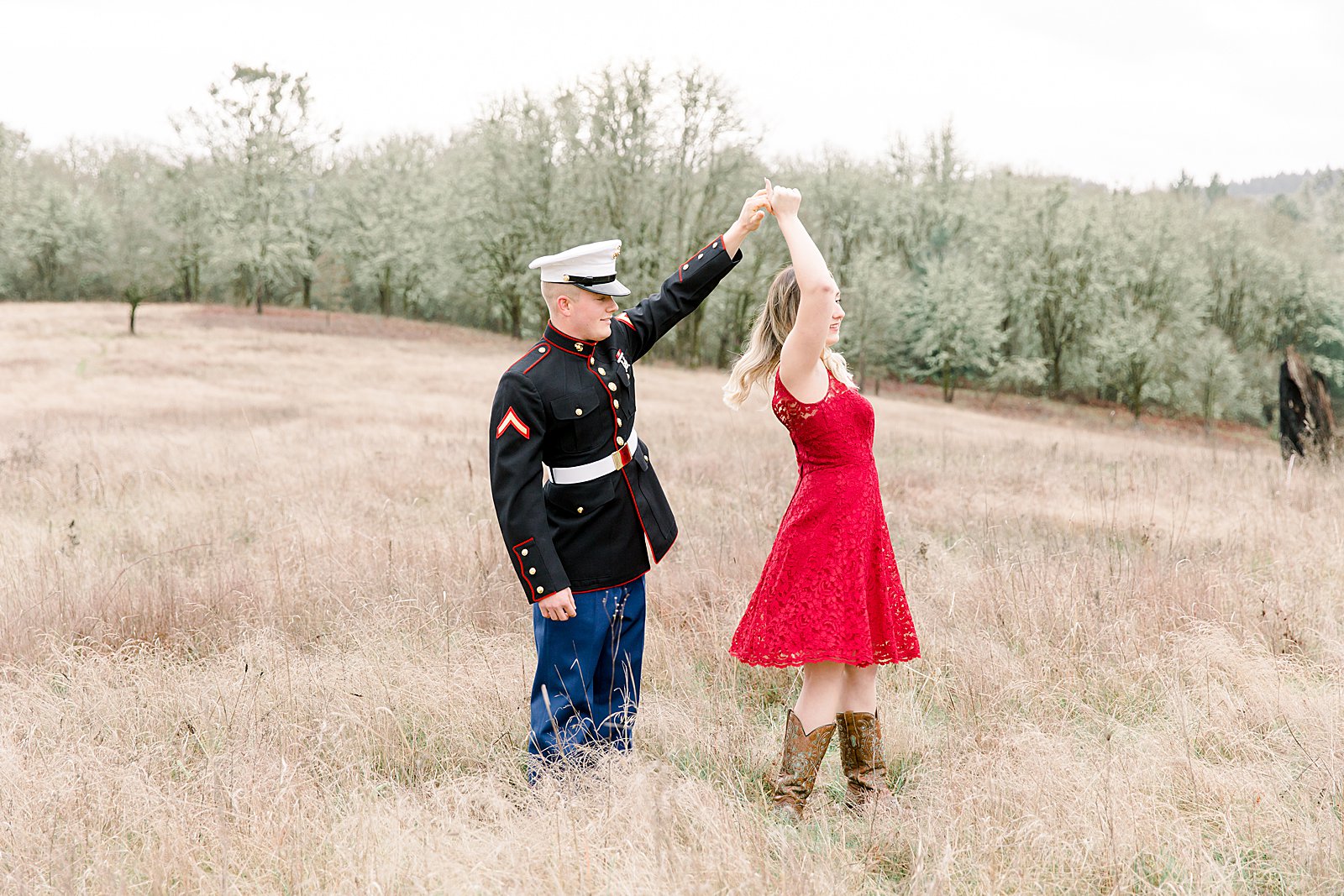 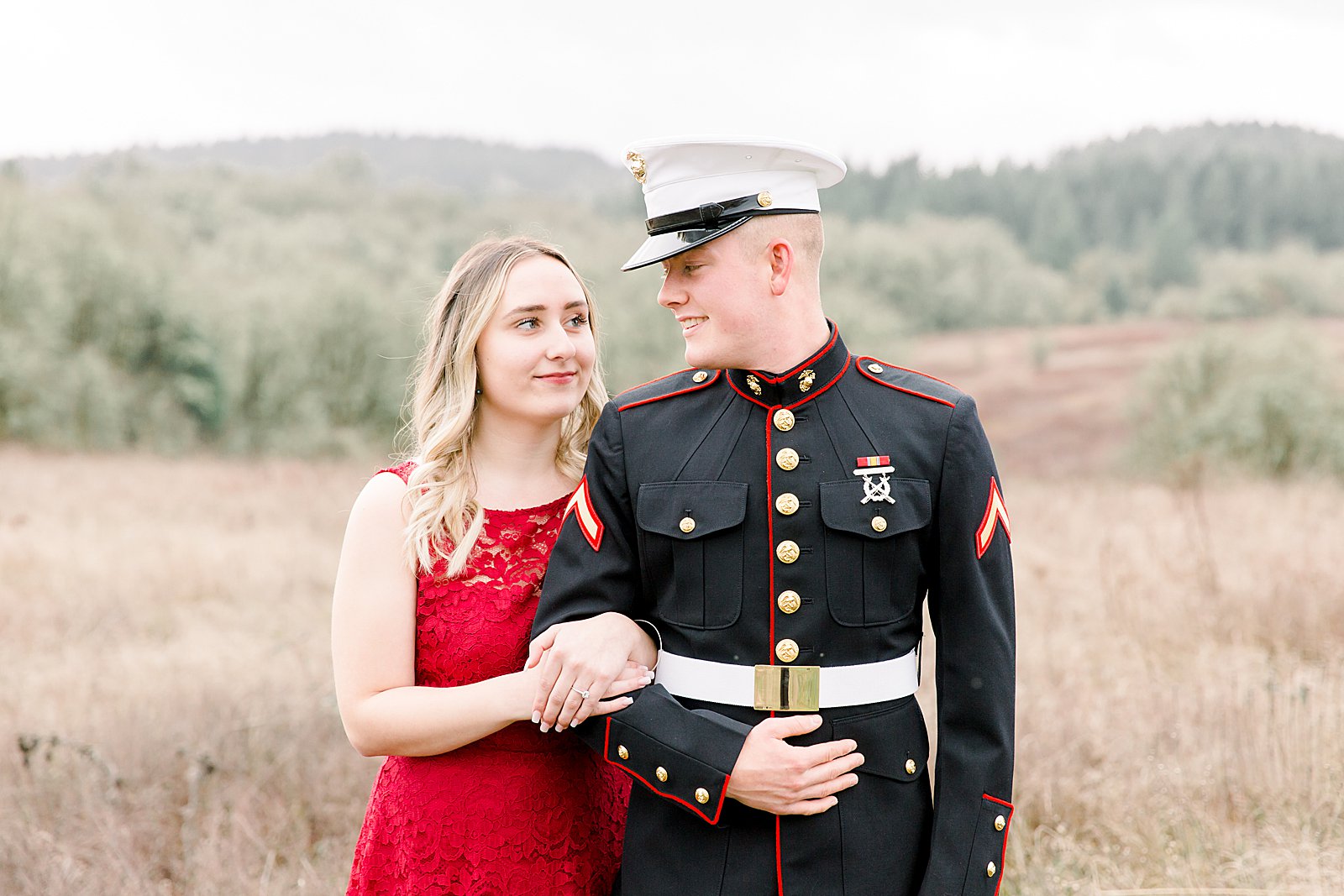 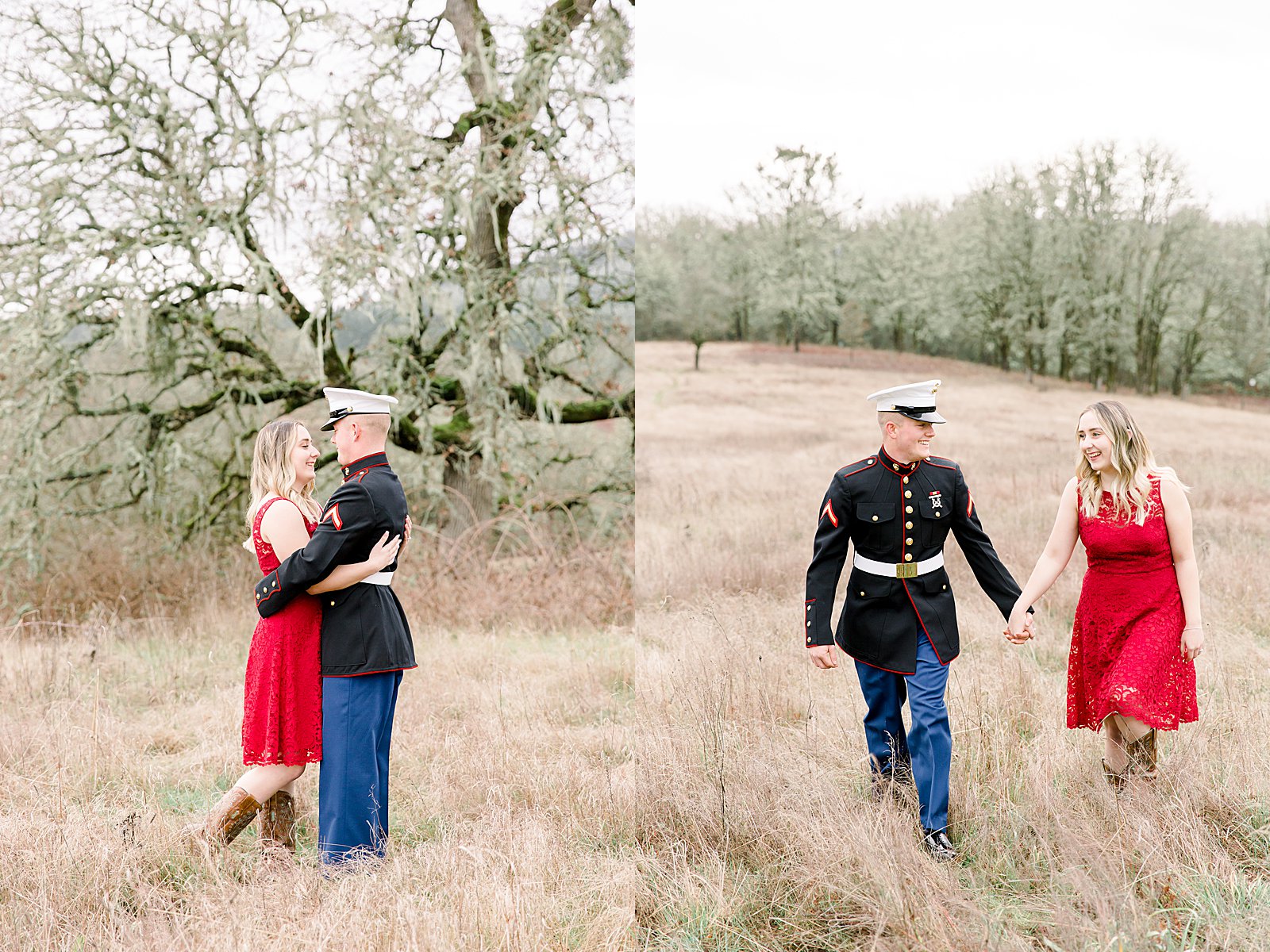 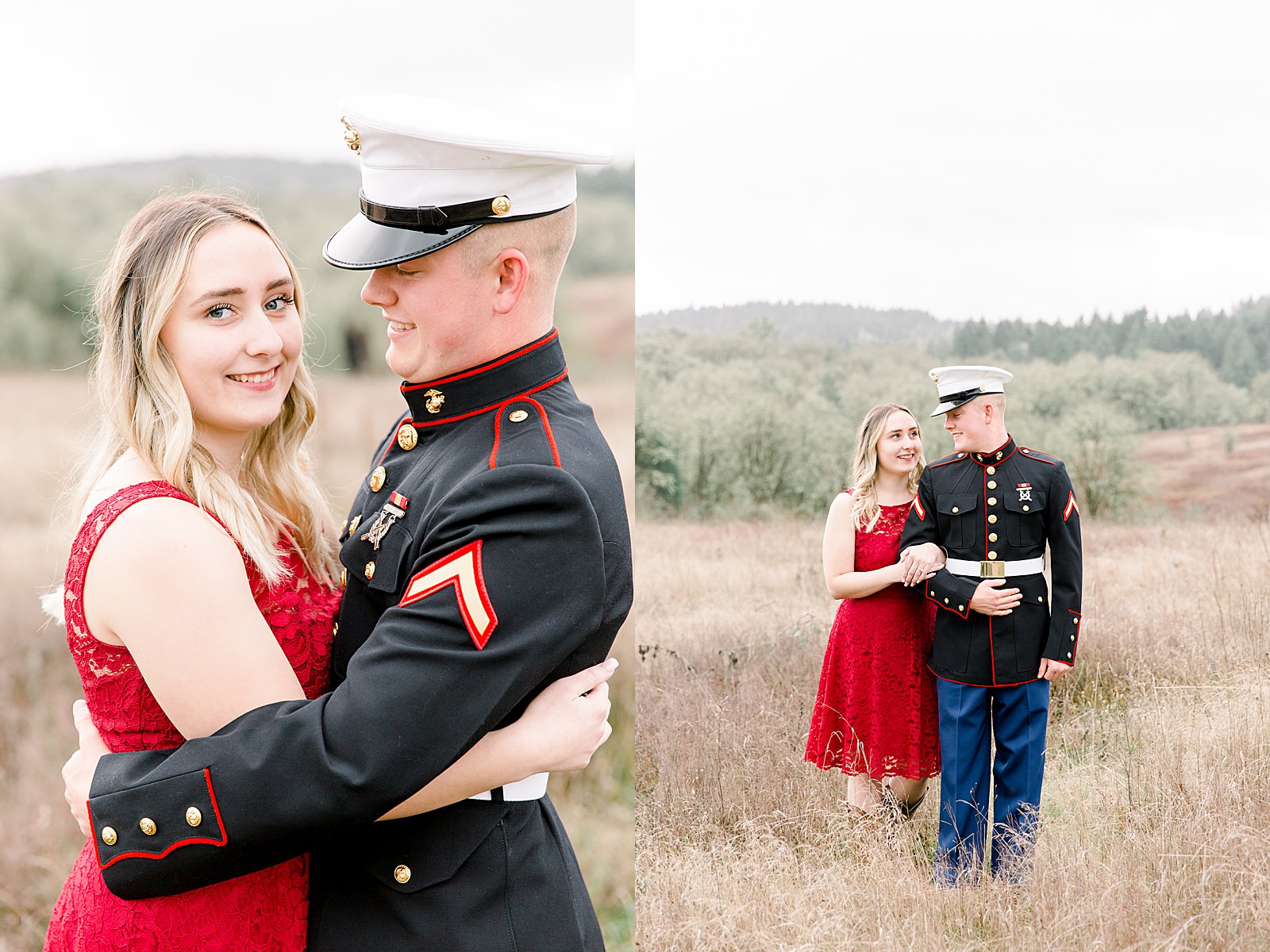 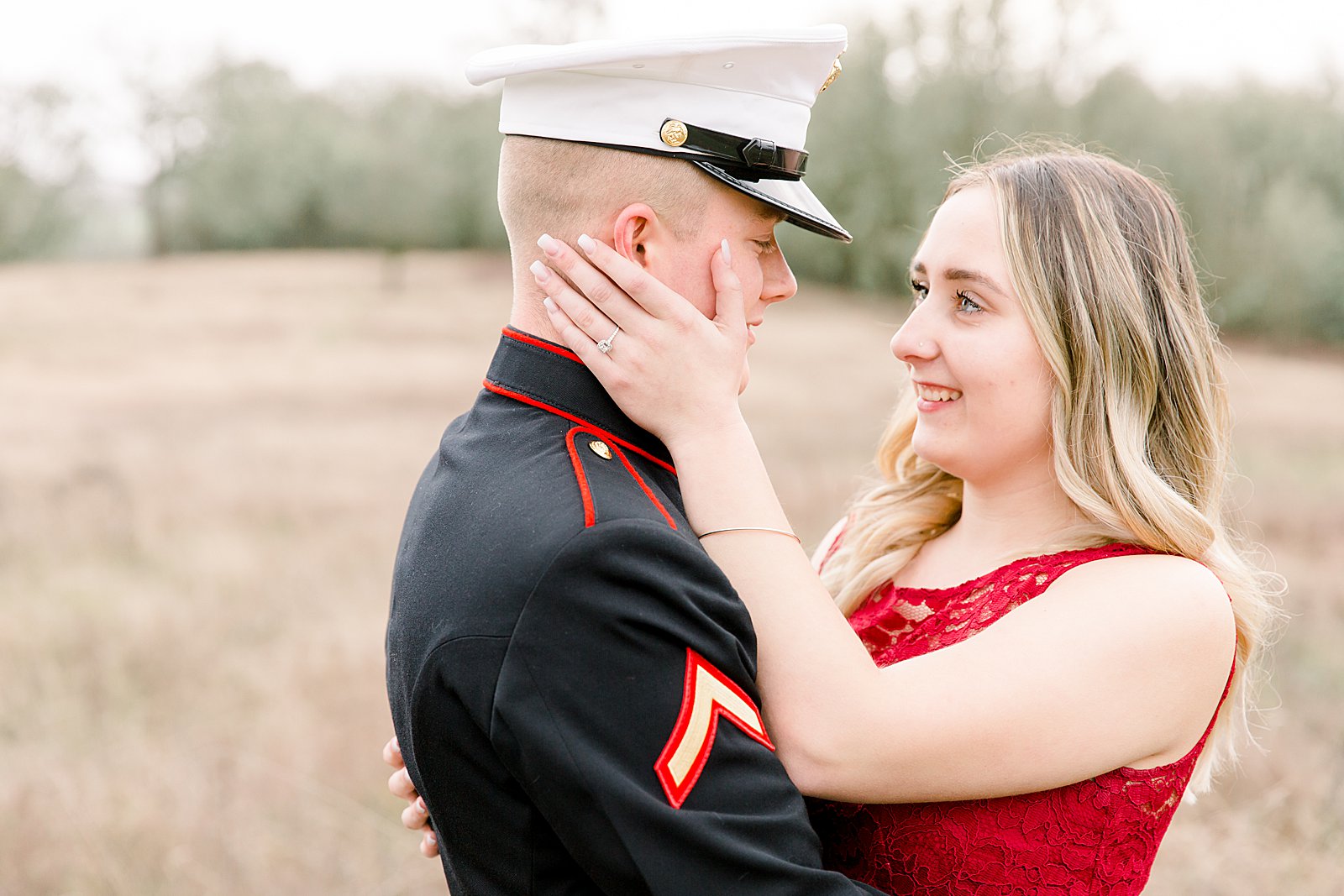 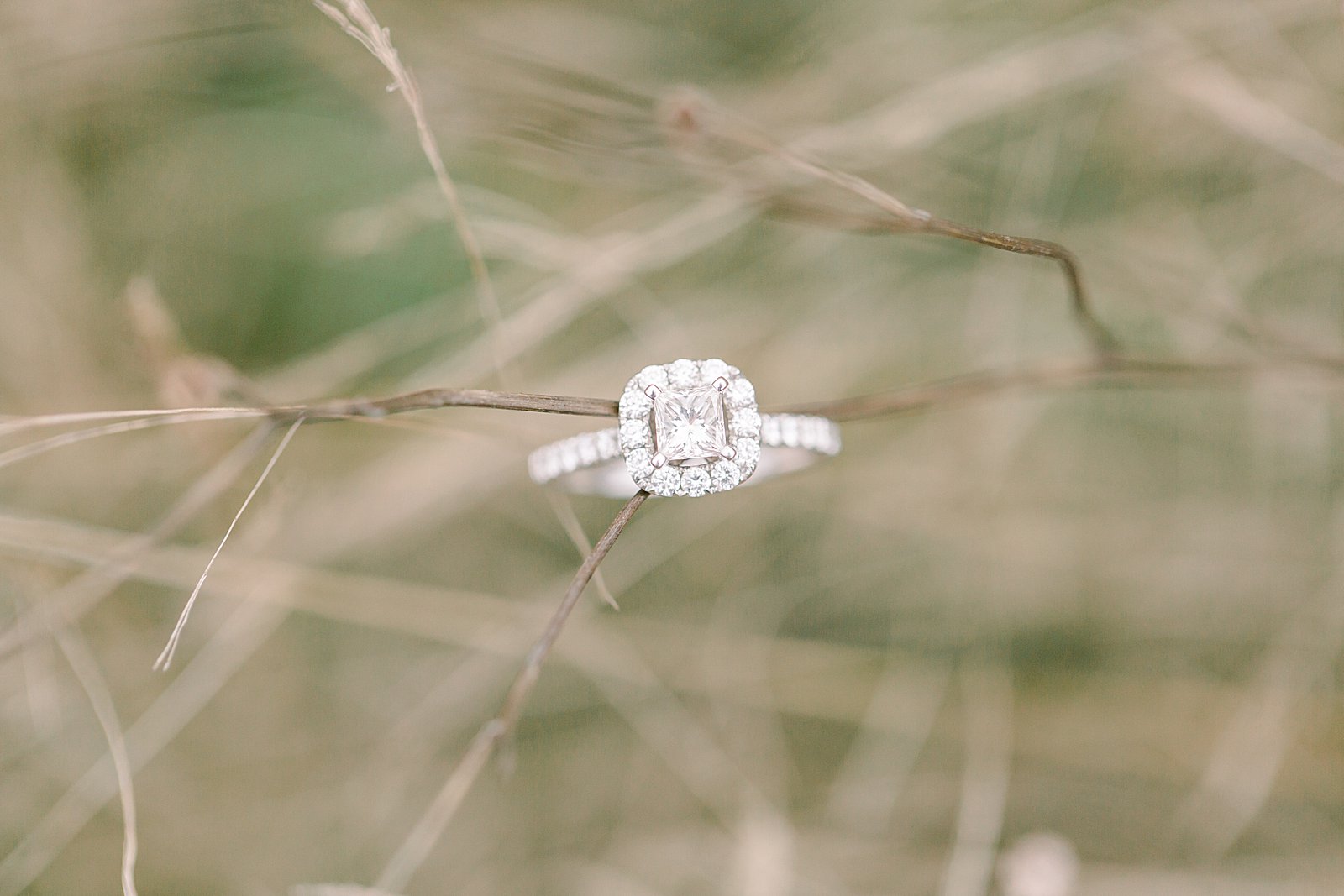 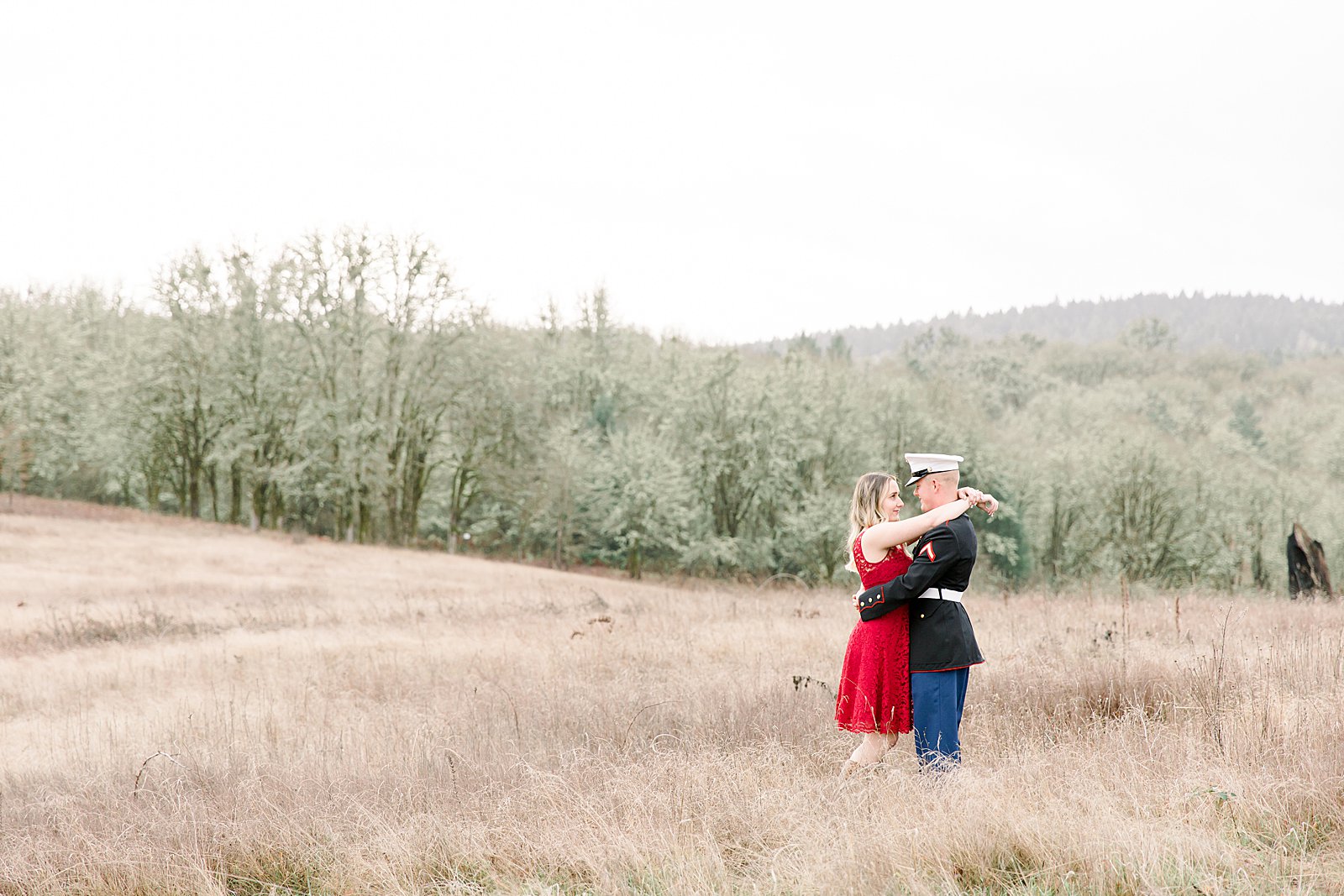 Loved this post? Make sure to check out Xan & Patience’s couples session.

happy #goldenretrieverday to my girl. 🧡 just a

Alright, so you decided not to elope…but you sti

It is *nearly* impossible to create light & airy &

My toxic trait is seeing sunshine in January and t

I literally MELT when you call me your wedding or

Timeless and romantic wedding photography for the couple who wants photos as stunning as their love story. Located in Oregon and serving the whole Pacific Northwest.