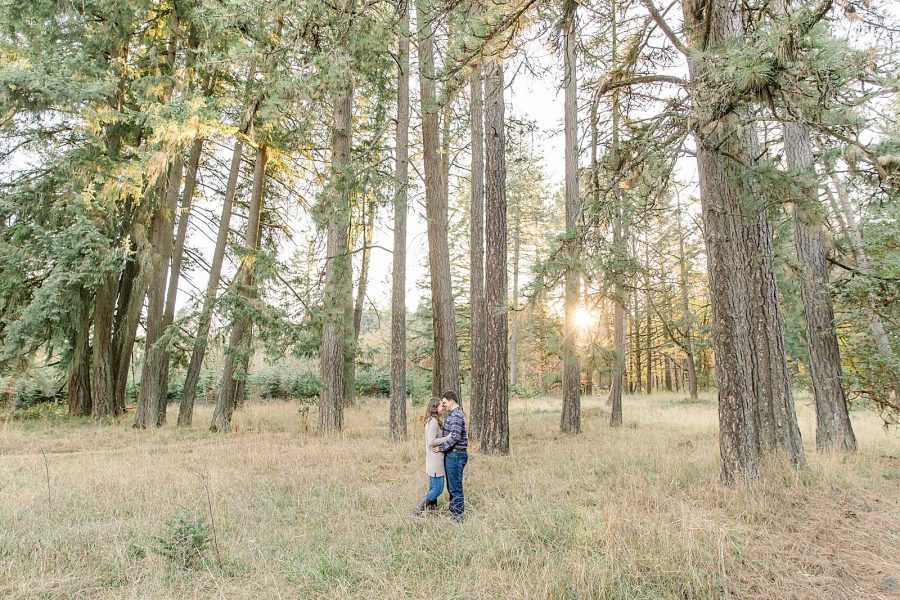 That Oregon fall weather was definitely on our side for this engagement session at Peavy Arboretum! And I’m so glad it was, because Brad & Annika deserve alllll the golden light and beautiful colors.

These two met in 2016 on a summer study abroad in Peru. They had two mutual friends on the trip, and so quickly became a foursome and dubbed themselves “los amigos mejores“. There was never an official first date or anything like that, their relationship just kind of happened.

Brad said Annika is always so positive, and that she’s got so much drive and passion for her work and relationships. “She makes me want to be a better man.”

About Brad, Annika said that he cares so much for other people. He’s patient and has a big heart and loves people well. “He is also incredibly handsome.”

I asked Brad & Annika to tell me their proposal story, and it’s so sweet that I had to share it with you all!

First he wrote the date in his planner and I saw the date and felt so guilty I knew it was coming that I told Brad I knew. Although it wasn’t a surprise it was coming up, I bugged Brad about it almost every day. He can confirm. It’s fine I knew the initial day because what I didn’t know was that Brad was having the ring custom made (using his Grandmas diamond) and it wouldn’t have been done by then anyways.

Brad knew he had to get clever because I was onto him and he wanted to surprise me. So he had to make it sound like it was MY idea to go hiking. I had recently mentioned that I wanted to go to Peavy Arboretum to watch lumberjack sports, so Brad asked me if I wanted to go on Sunday after Church (11/11/18). I said yes. Then he said I had to not look like a bum (suspicious). He said we had to go to a grad students birthday celebration after (still suspicious). So I checked his facts and it was her birthday (not suspicious anymore).

So we went up to Peavy, and Lumberjack sports were not going on yet. Brad said he must have gotten the time wrong or maybe they were late, so we walked around the lake and sat on a bench. He started talking about how we met and all that we had done up to this point. Then he took my hands and we stood up off the bench. He dropped to his knee and I started crying. He was also sneaky and had a friend across the lake (his ONLY grad student friend I had not met yet) taking photos of the whole thing. I was so excited that we didn’t even stay to watch lumberjack sports and to this day we still haven’t seen them.

I don’t know about you, but these two just make my heart melt. They’re sooo incredibly kind and being around them really just makes you believe in love all over again. I cannot WAIT to see where God takes them! 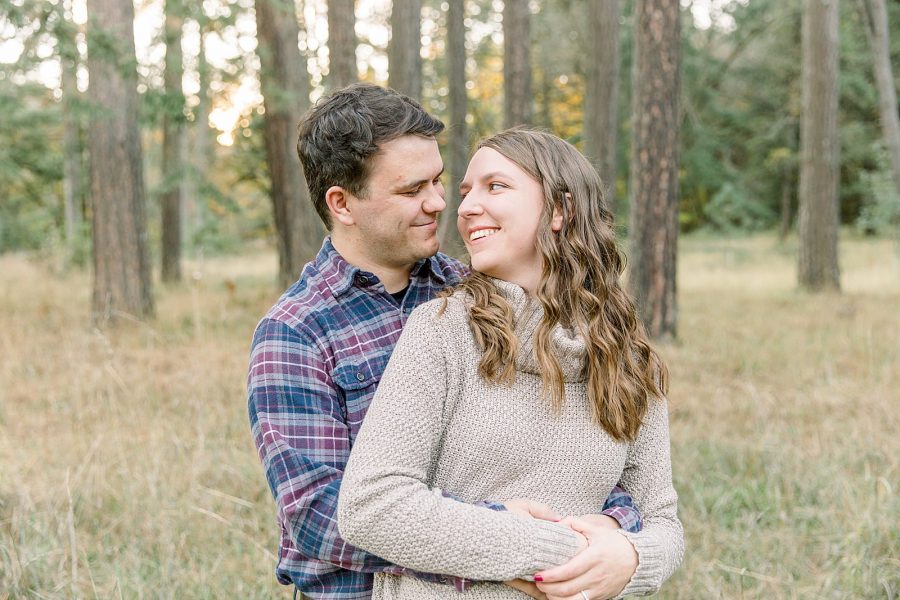 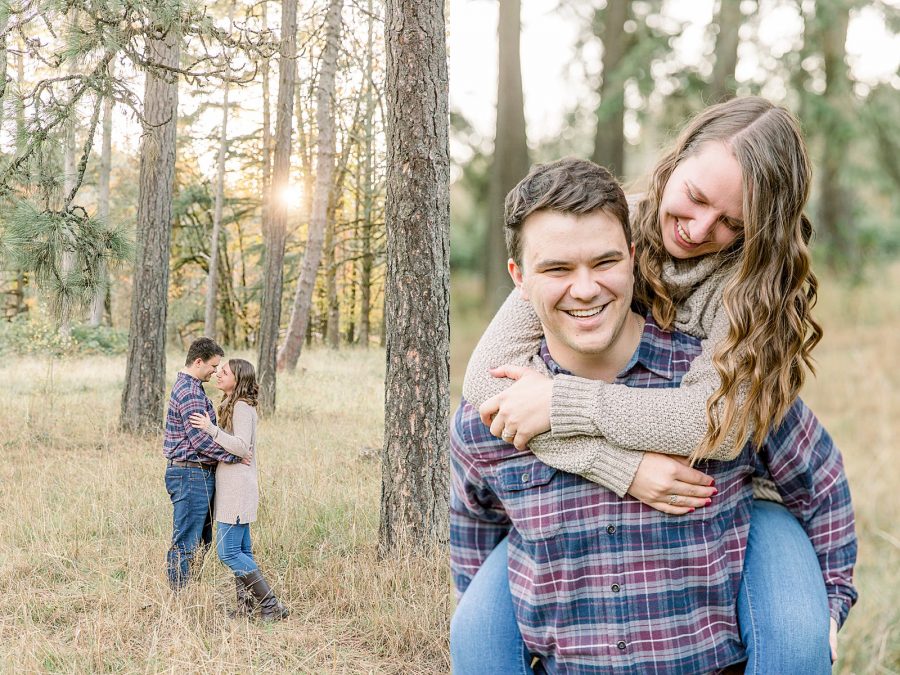 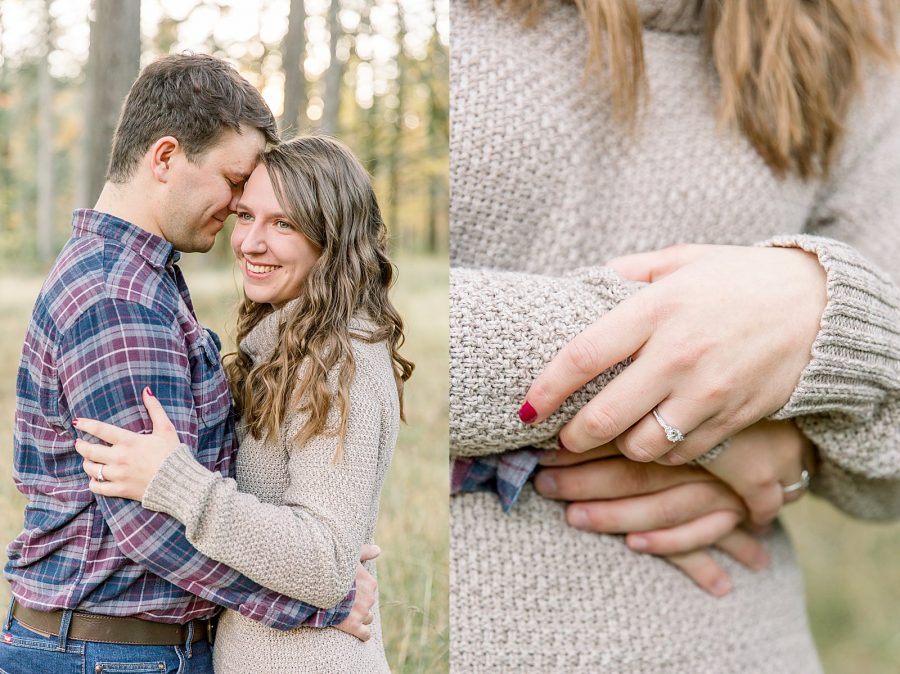 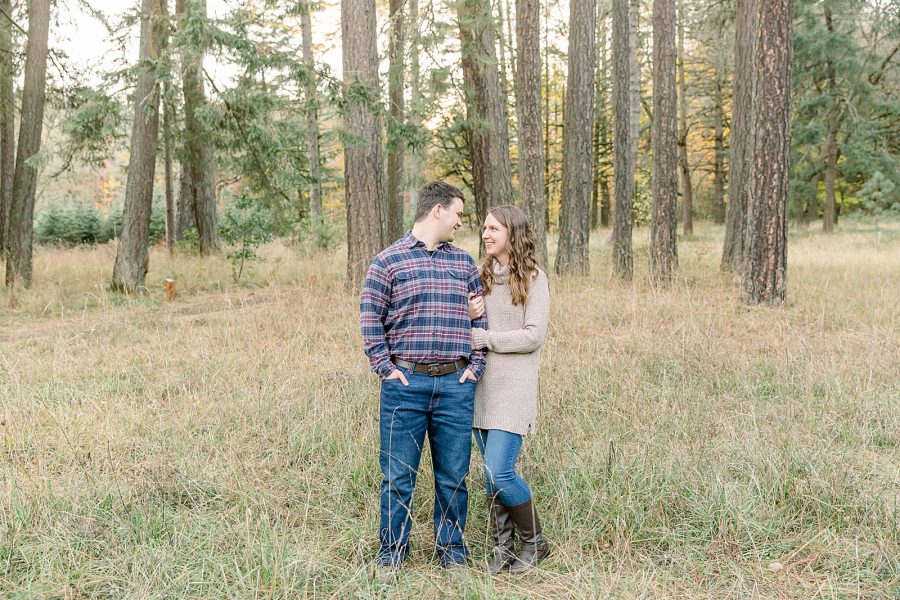 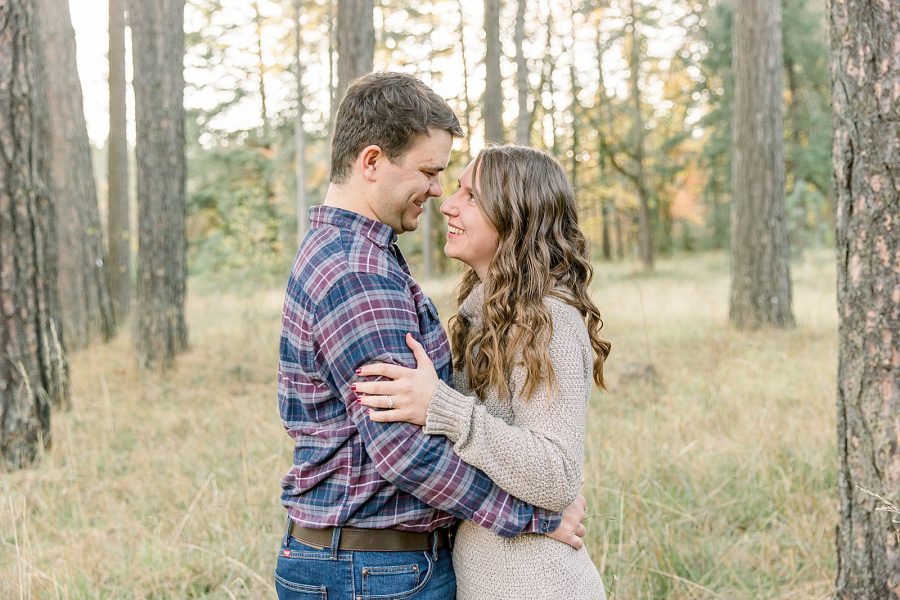 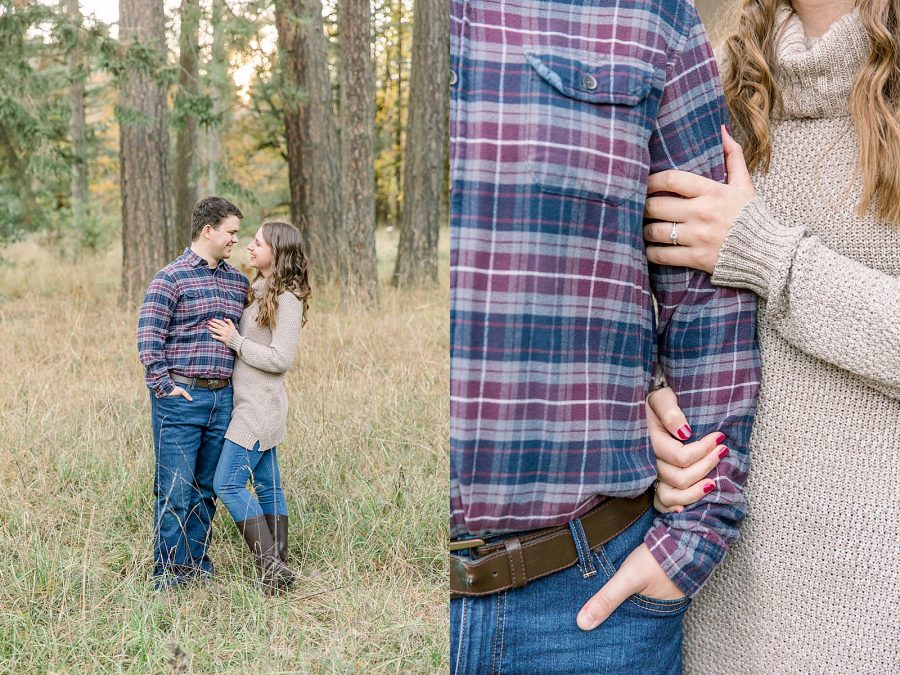 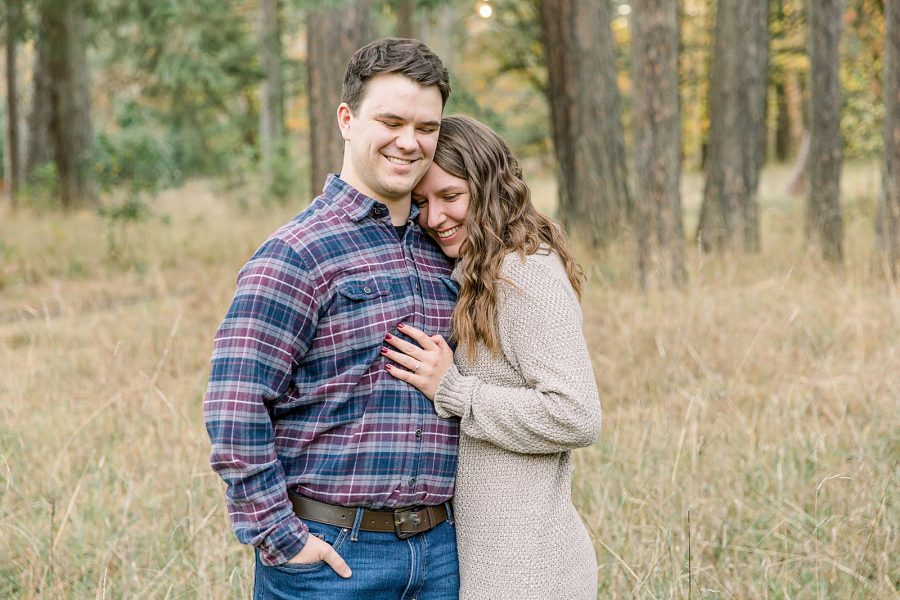 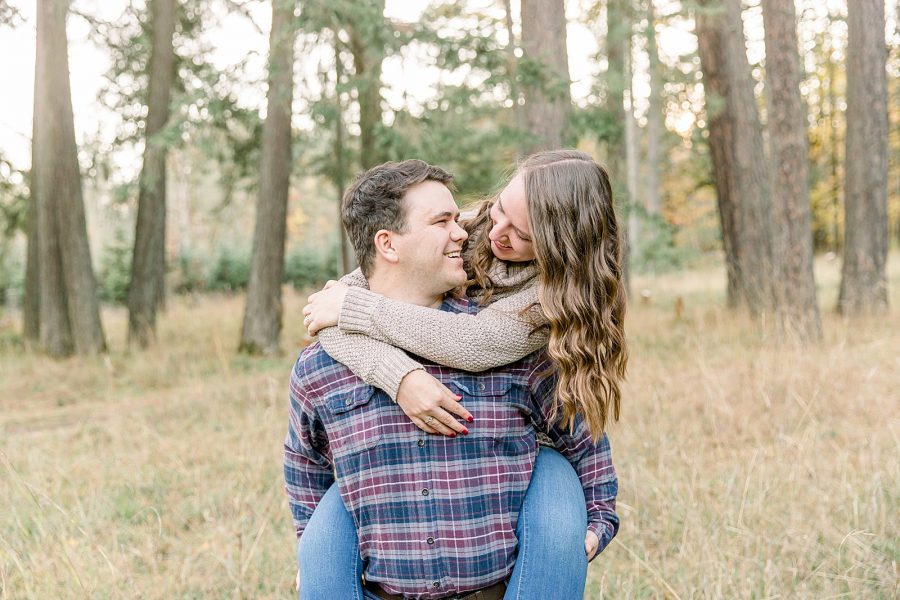 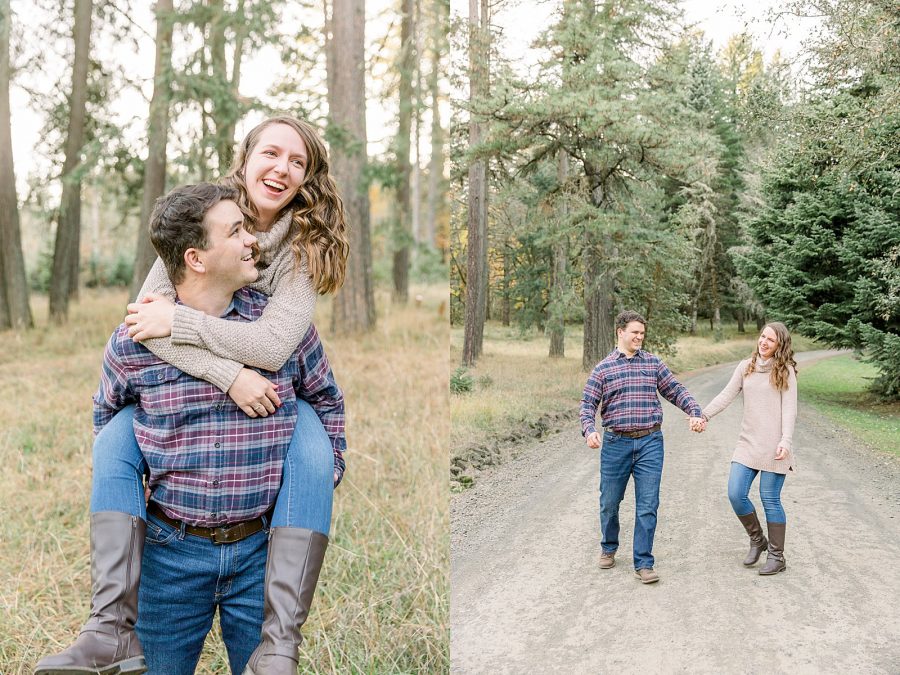 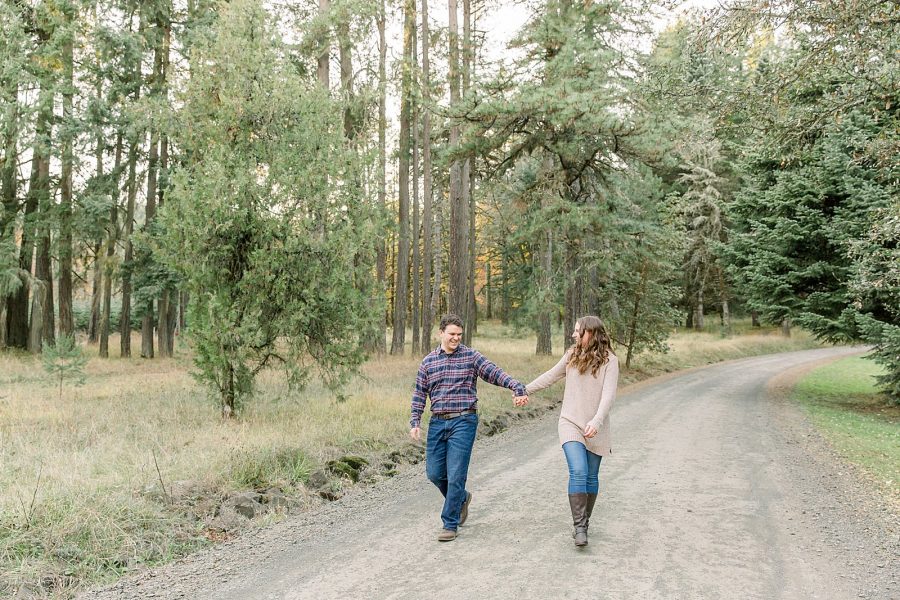 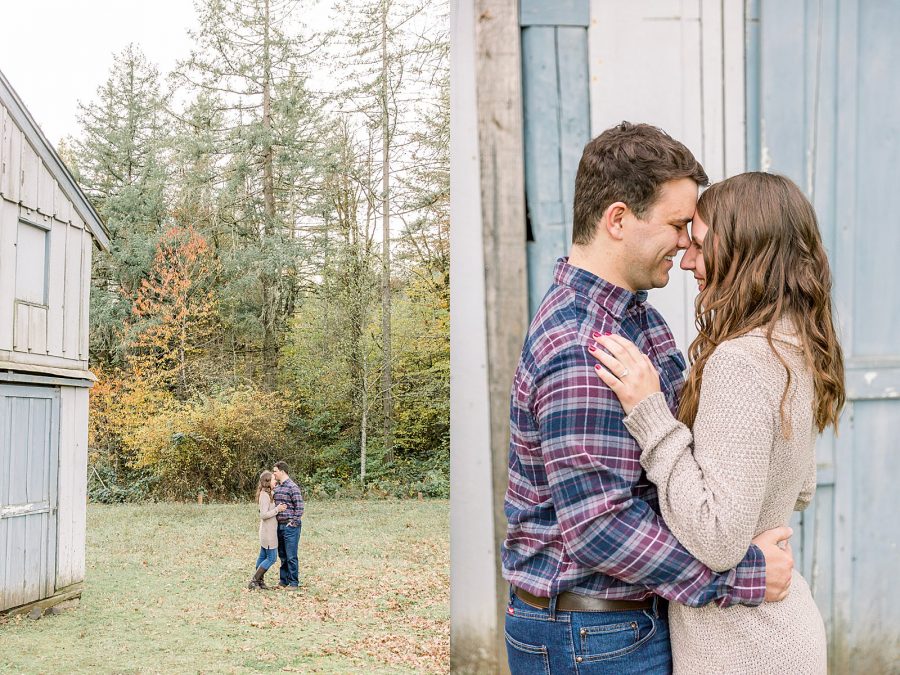 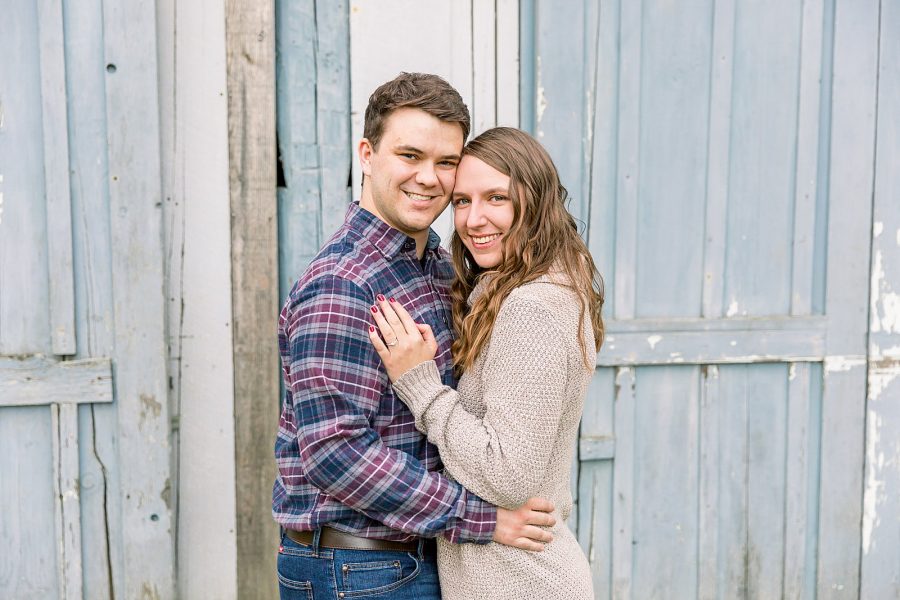 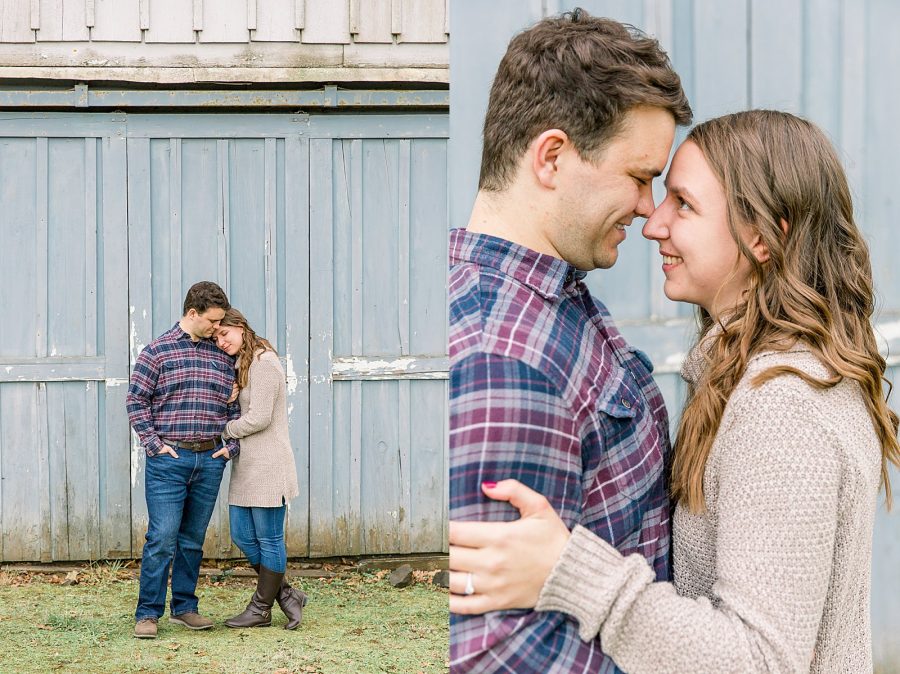 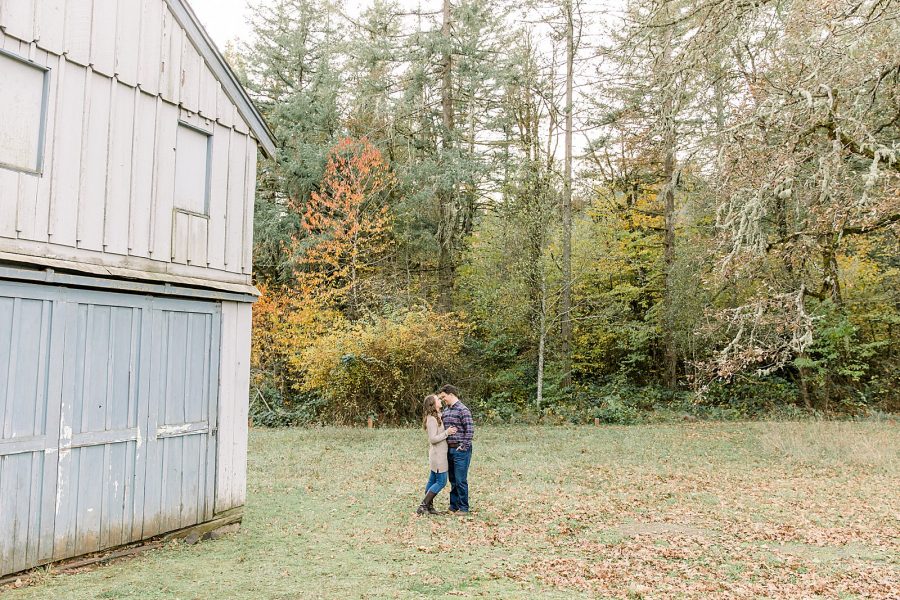 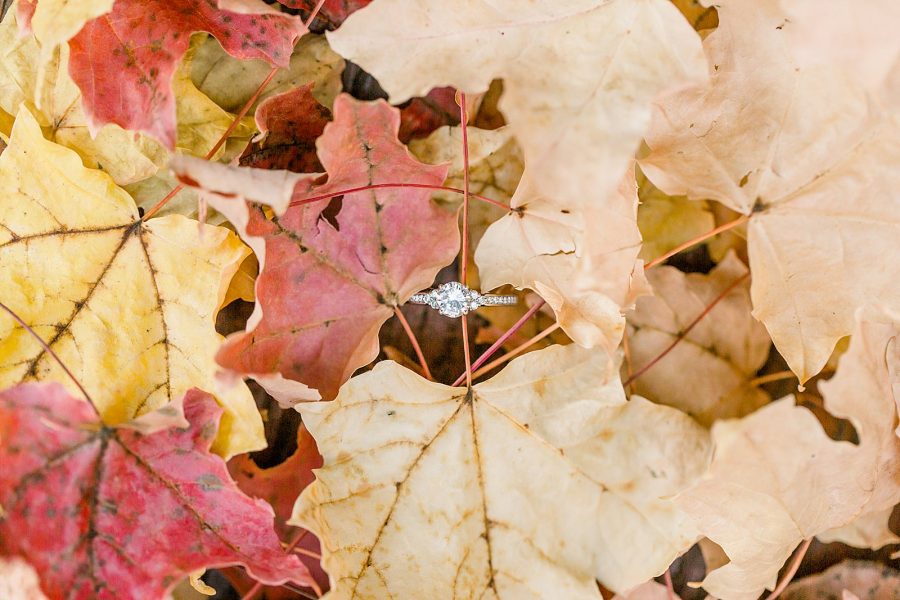 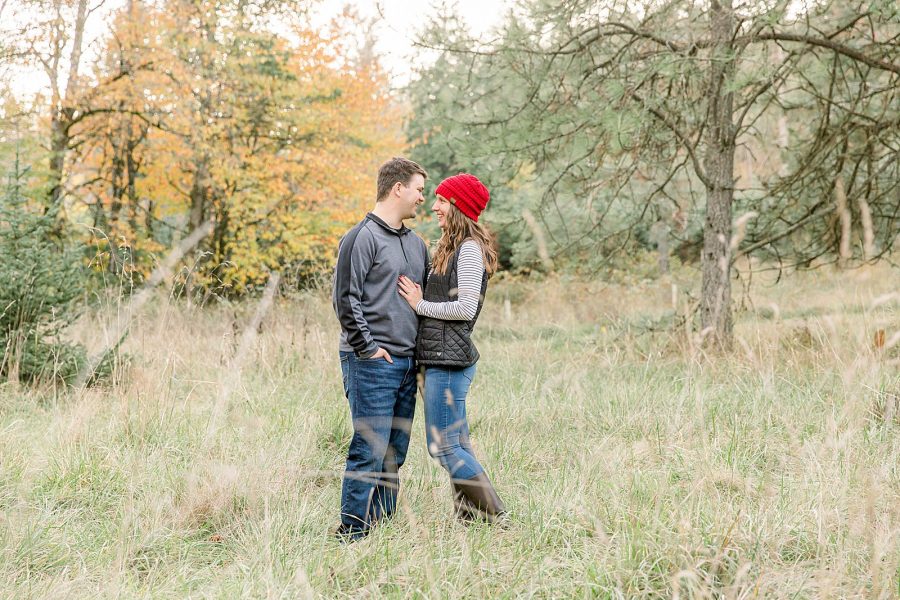 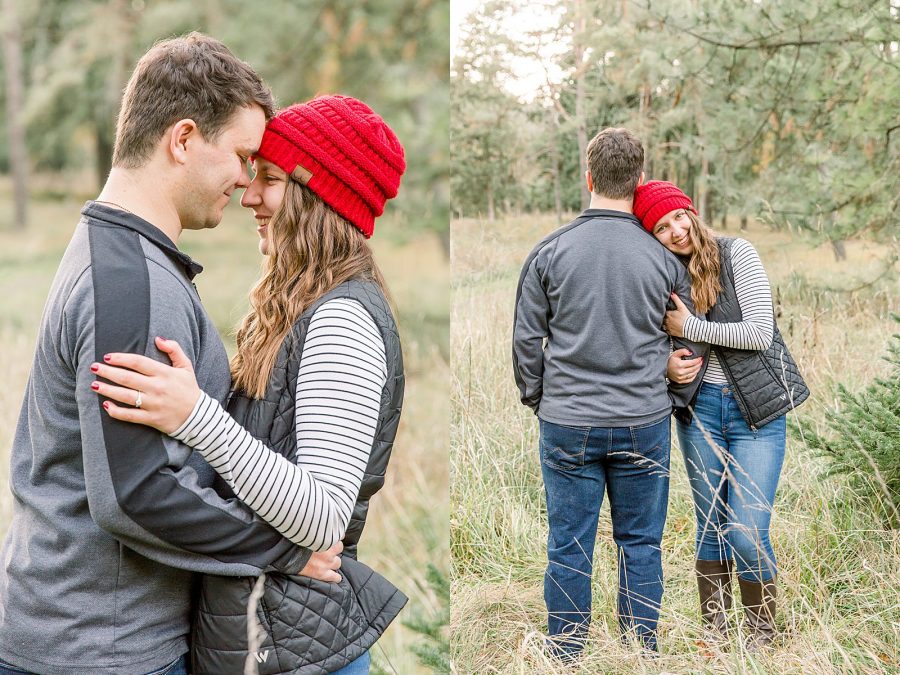 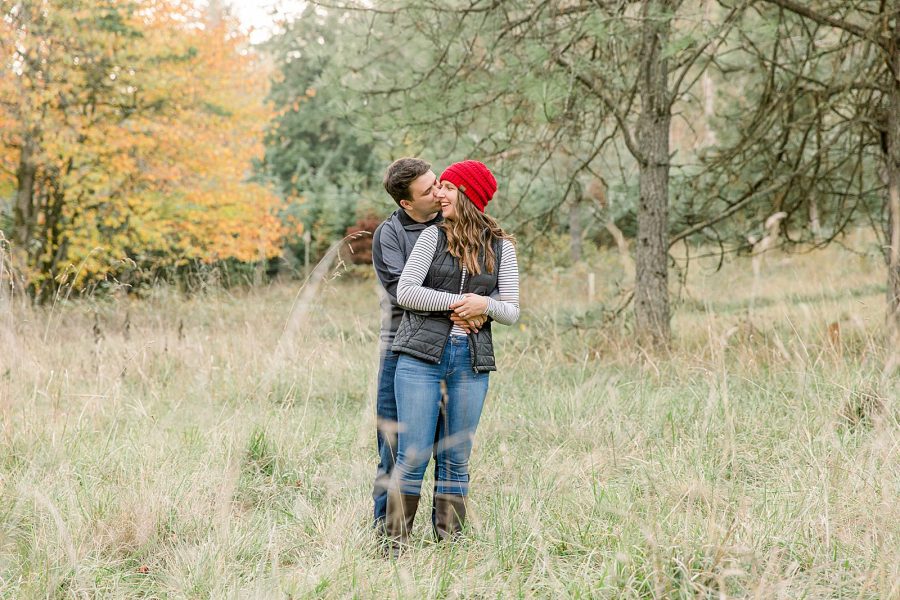 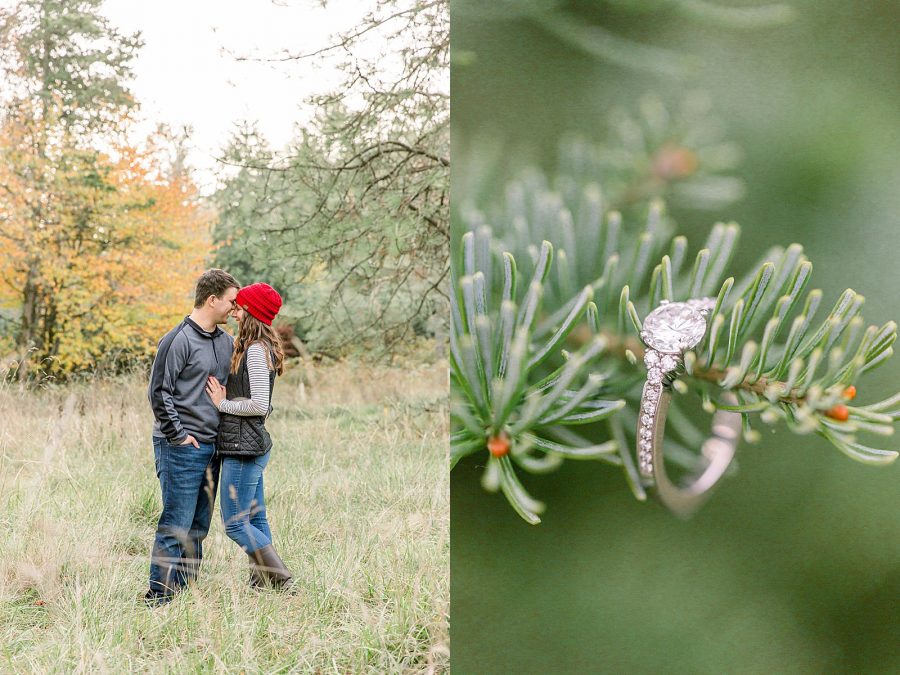 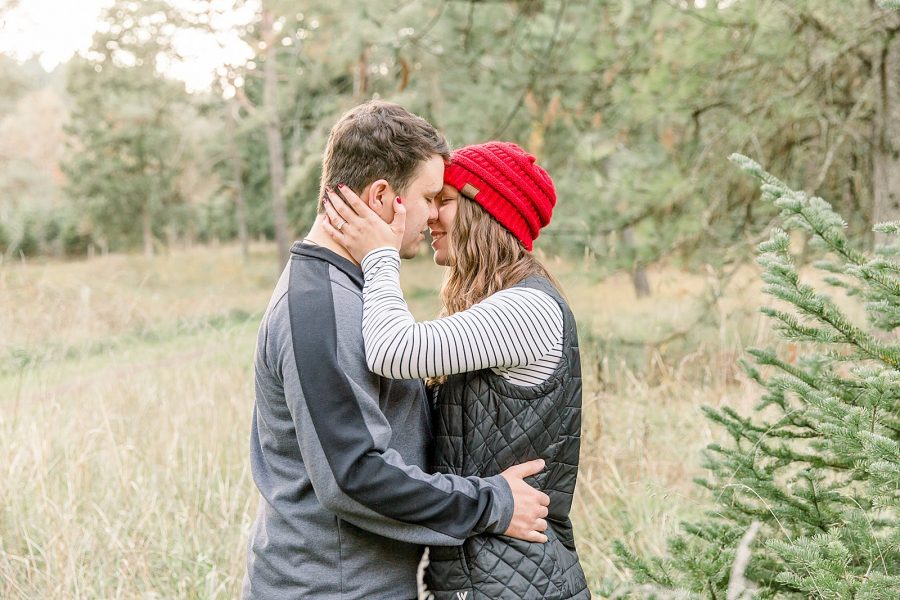