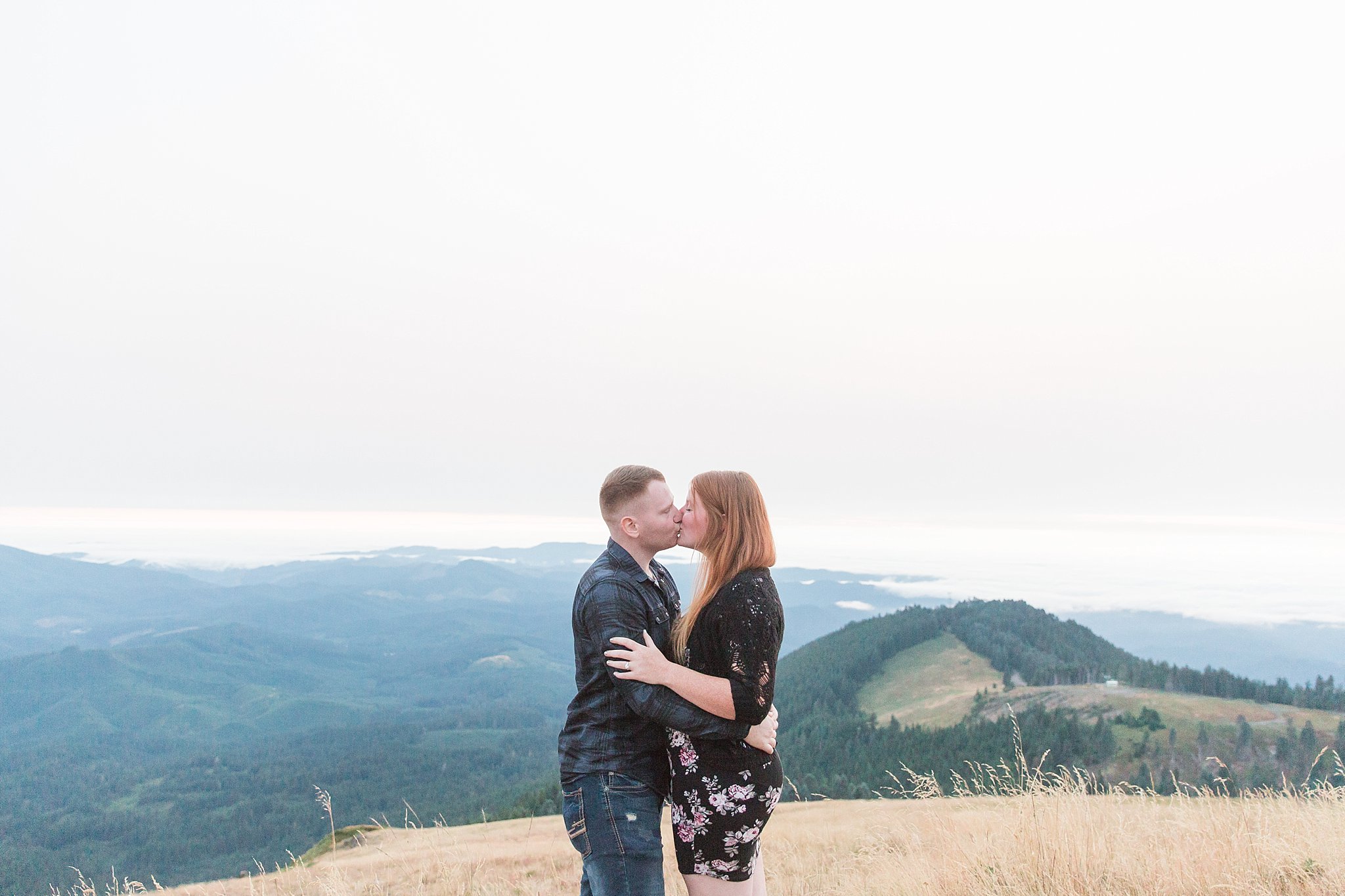 About a week ago, I got added into a Facebook group with some of my boyfriend Nathan’s SAR (Search and Rescue) friends. This isn’t a super un-common occurrence, as they all go hiking or have a bonfire or something like that every once in a while. I scrolled back up in the messages and that’s when I read “Hey guys, I’m planning on asking Kenzie to marry me…”

I finally calmed down enough to actually read what else Kenzie’s boyfriend Michael had to say, and found out that he was planning on a sunrise hike, and that he wanted to have as many of her friends there as possible.

After going back and forth a little bit and trying to get as many people’s schedules lined up as possible, it was decided that the grand event would take place on top of Mary’s Peak at sunset on Sunday night.

The day finally came, and my man and I loaded up, picked a few friends up, and started the winding drive up to the top of the peak. Halfway up there, we drove past Michael and Kenzie stopped on the side of the road, and collectively panicked hoping that she hadn’t seen us (thankfully, she hadn’t).

We got to the parking lot, I made a pit stop at the smelly outhouse, and then we pretty much ran up with hill. Ok, I ran for like 1/16th of it before I decided that maaaaaybe I shouldn’t die right then, so I power walked the rest of the way.

Seriously, it felt like we were up there for forever before we finally saw Michael and Kenzie trekking over the hill. Shortly before they had arrived, Kenzie’s mom, sister and several other friends had scurried around the corner so she wouldn’t see them and get suspicious, so Nathan and I were left there on a “romantic date” which I just *happened* to have my camera along for.

(Honestly, Kenzie wasn’t fooled and knew exactly what was going on, but hey! It was still super fun and incredibly sweet.)

I had worked it out with Michael previously that I would offer to take a picture of them, and that then I would have them do a “standing apart” pose which would allow him the opportunity to get down on one knee. It worked out a little differently in the moment and I had them do what I pretended would be a “fun” pose with Kenzie looking away, but then when she turned around BOOM there Michael was, down on one knee, holding a stuffed animal.

Yup. Michael bought Kenzie’s ring and sewed it into a stuffed leopard and gave it to her a year ago, so she’s been (unknowingly) carrying her ring around with her for a year!

Okay back to the proposal story.

So, there he is on one knee, cutting open the leopard. I think it would be safe to say that Kenzie was pretty much freaking out at that point, understandably so. The ring finally made it out of the leopard and onto Kenzie’s hand, (I guess that means she said “yes” because honestly, I was paying too much attention to my job at this point to really hear anything that was going on) and all of the hidden family and friends came whooshing out to congratulate the newly engaged couple.

There were lots of laughs, lots of hugs, and lots of heart balloons freed into the darkening sky.

It was a magical night, and one that I am so, so thankful to have been a part of.

Michael + Kenzie, I know I have said it about 100 times at this point, but CONGRATS you guys! I know it’s been a long road here, which makes this time all the sweeter. I cannot wait for your wedding next year, and to see all the awesome things you do together in this life! Hugs! 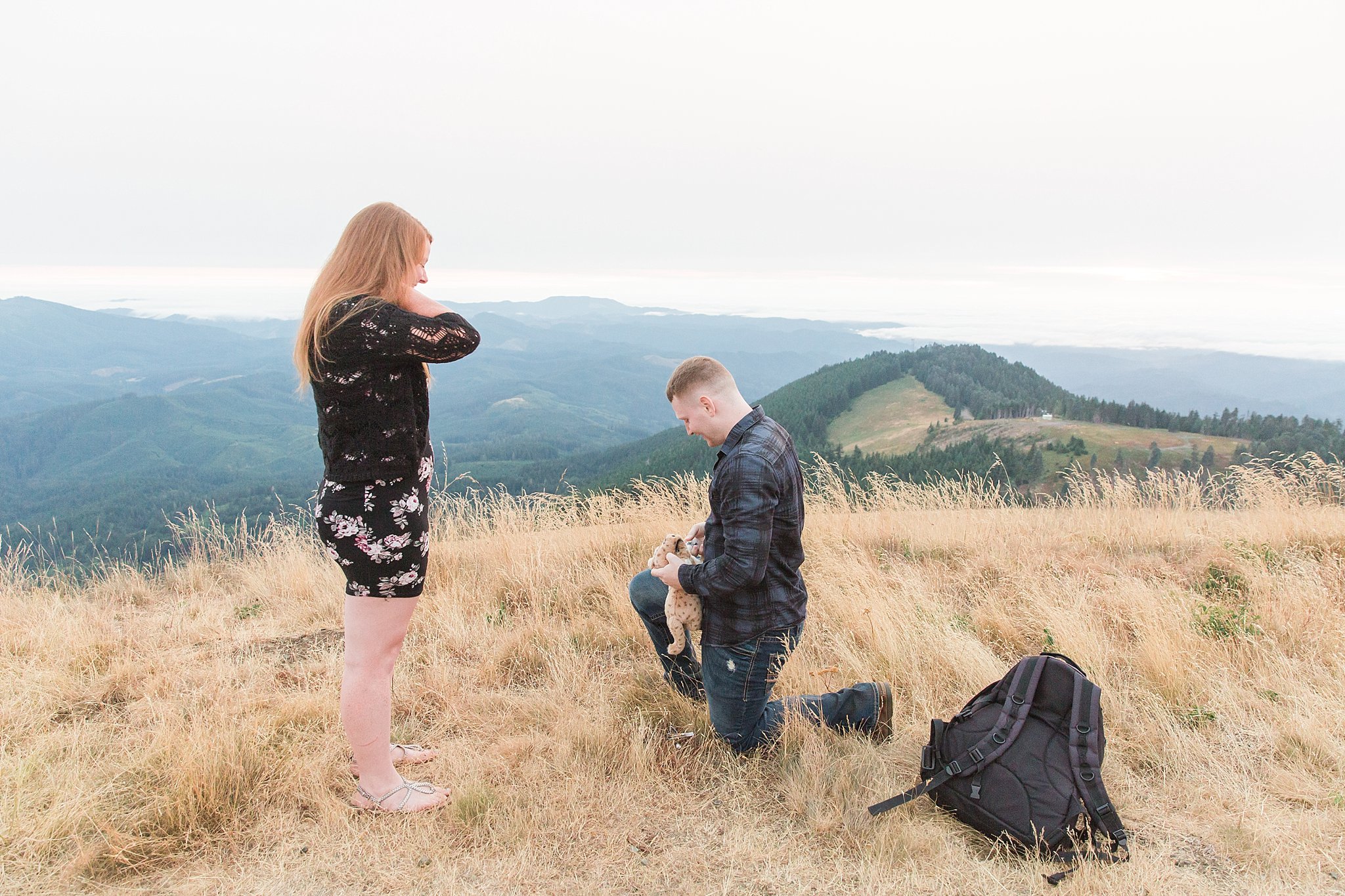 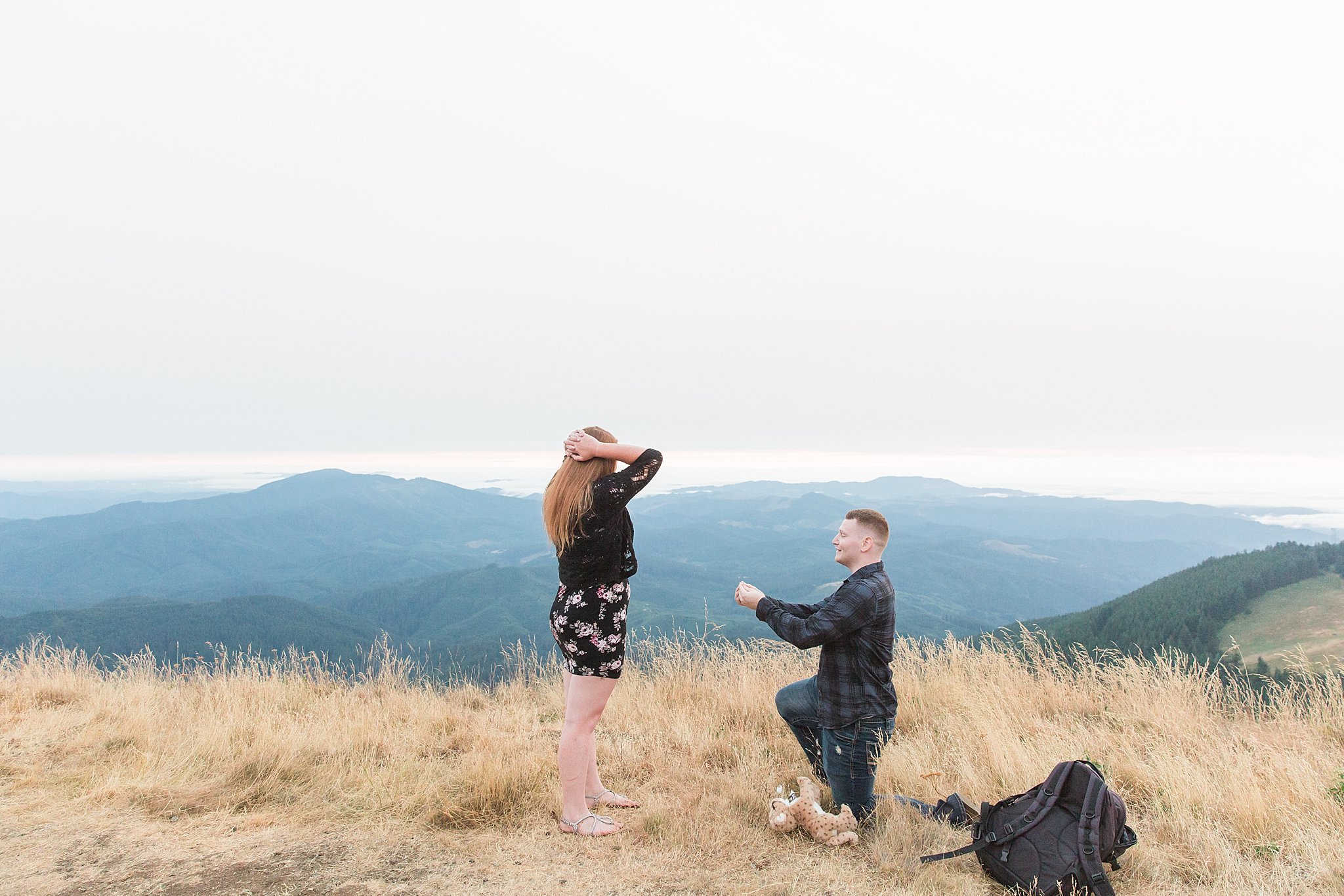 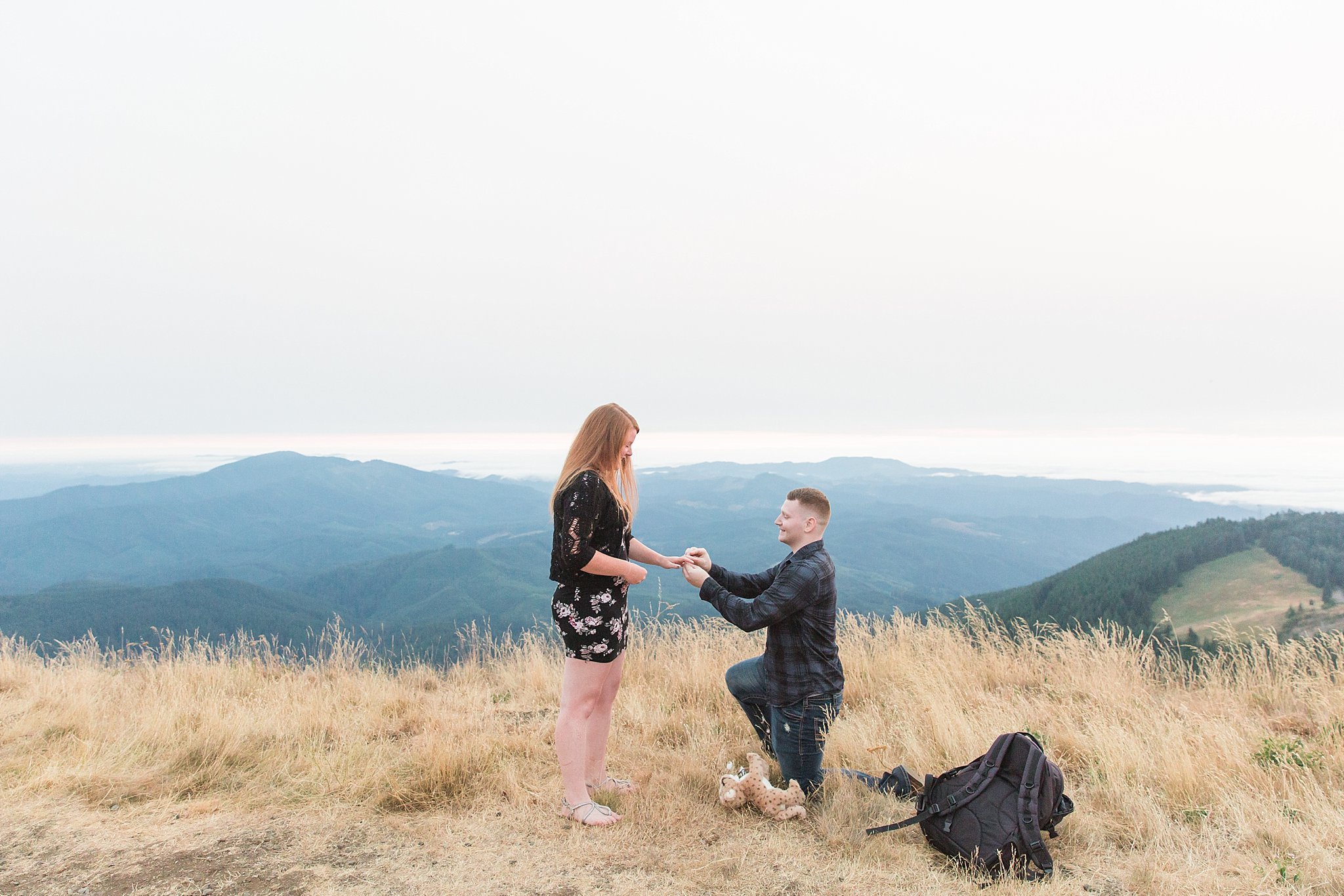 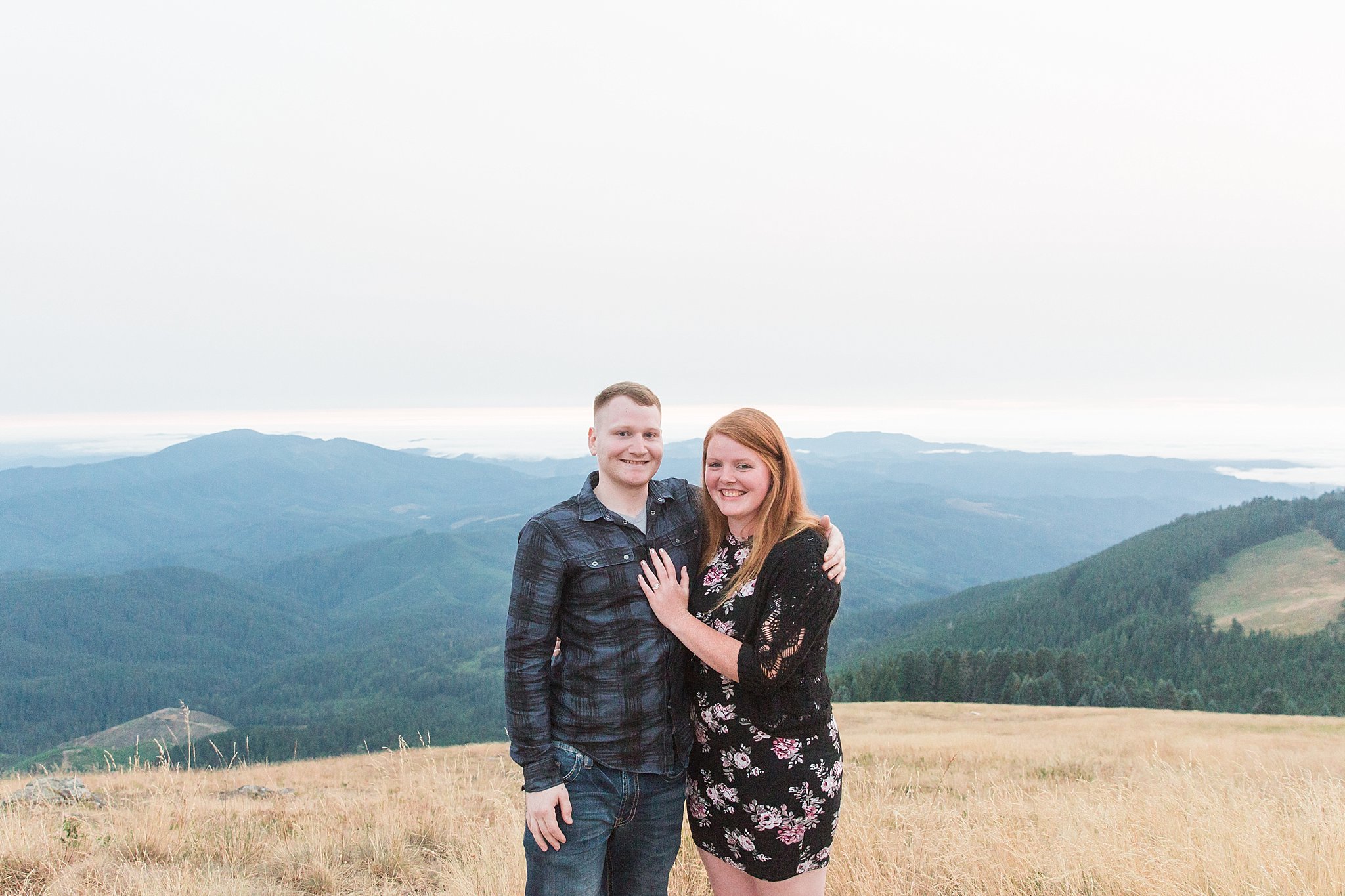 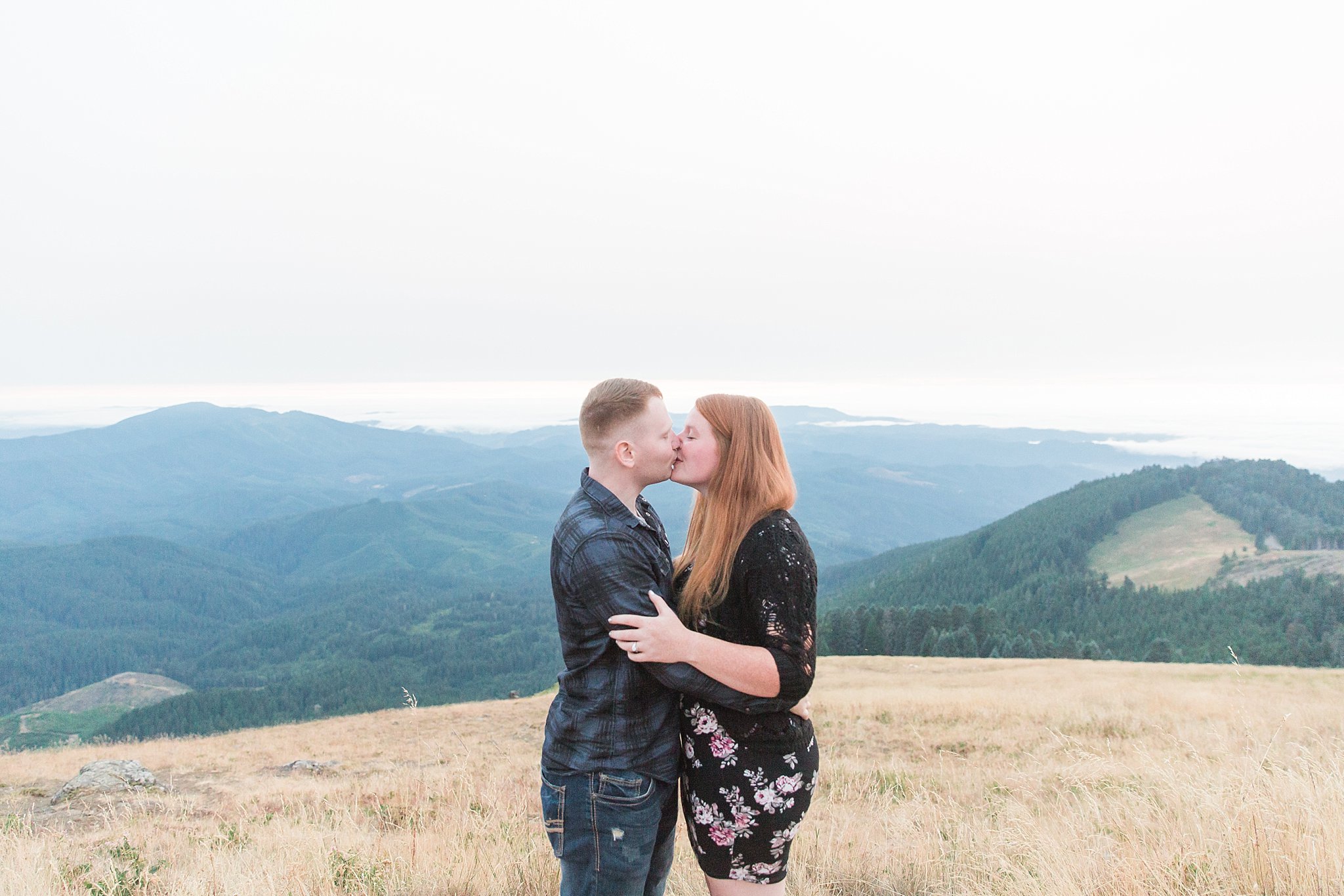 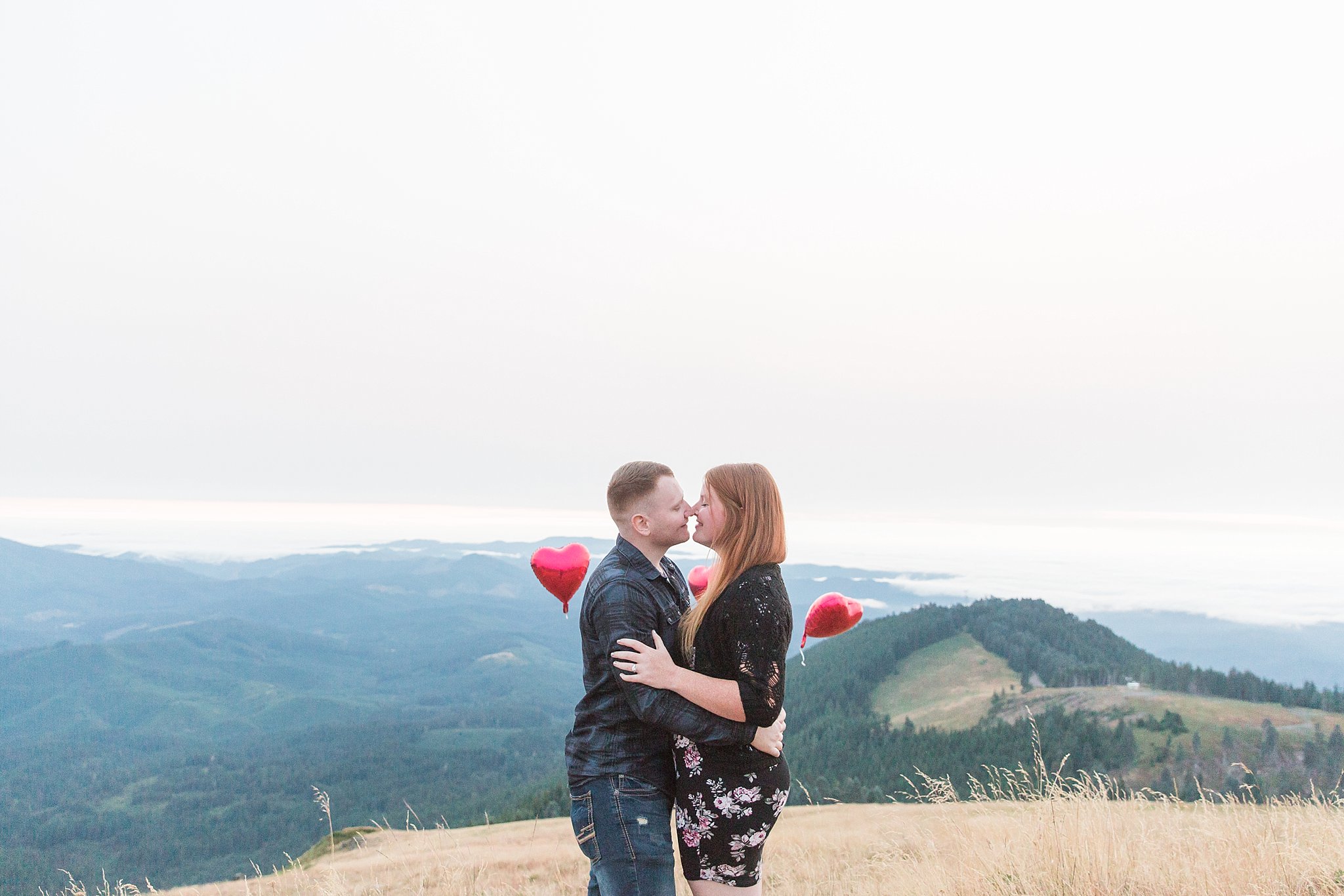 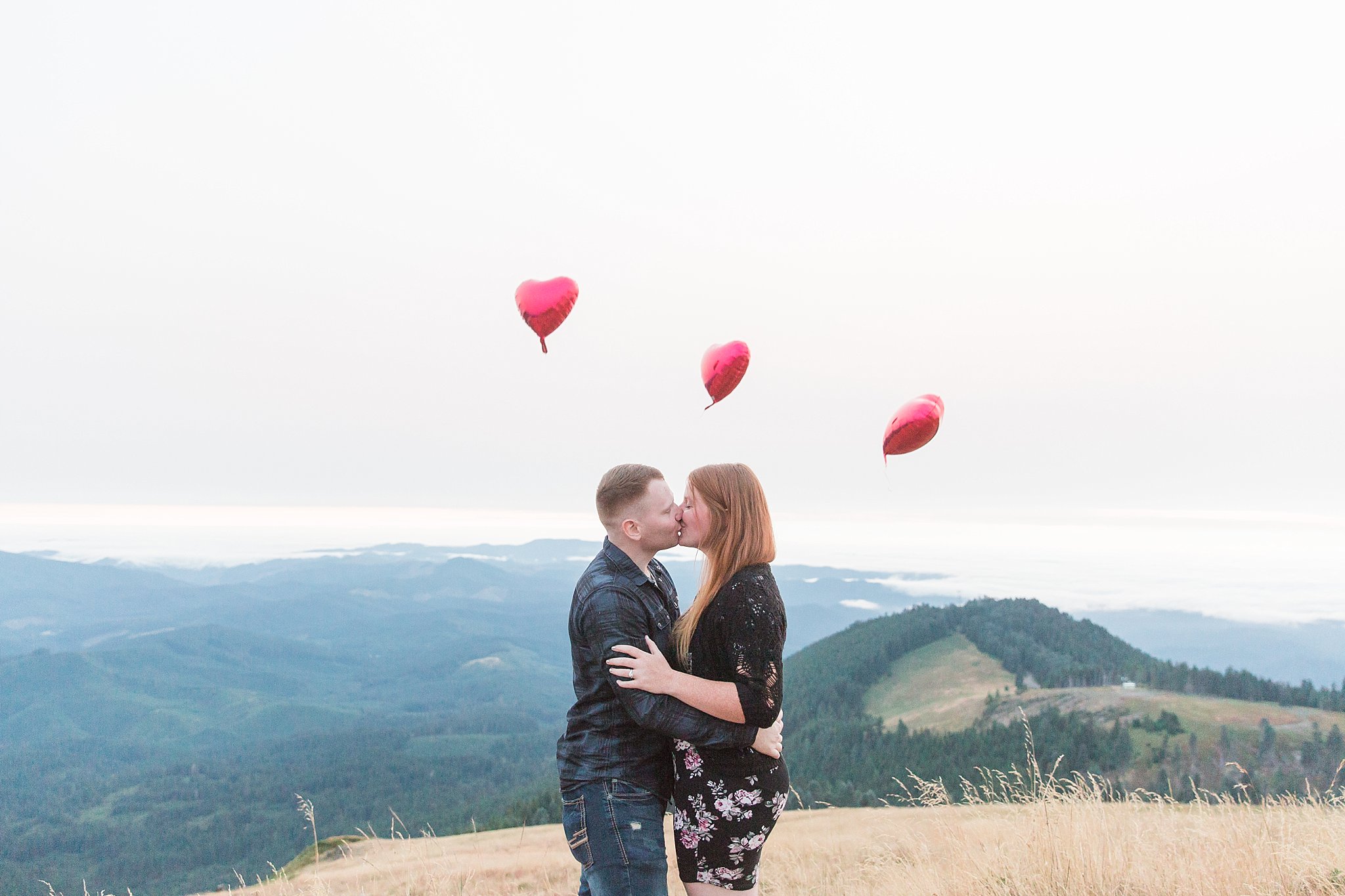 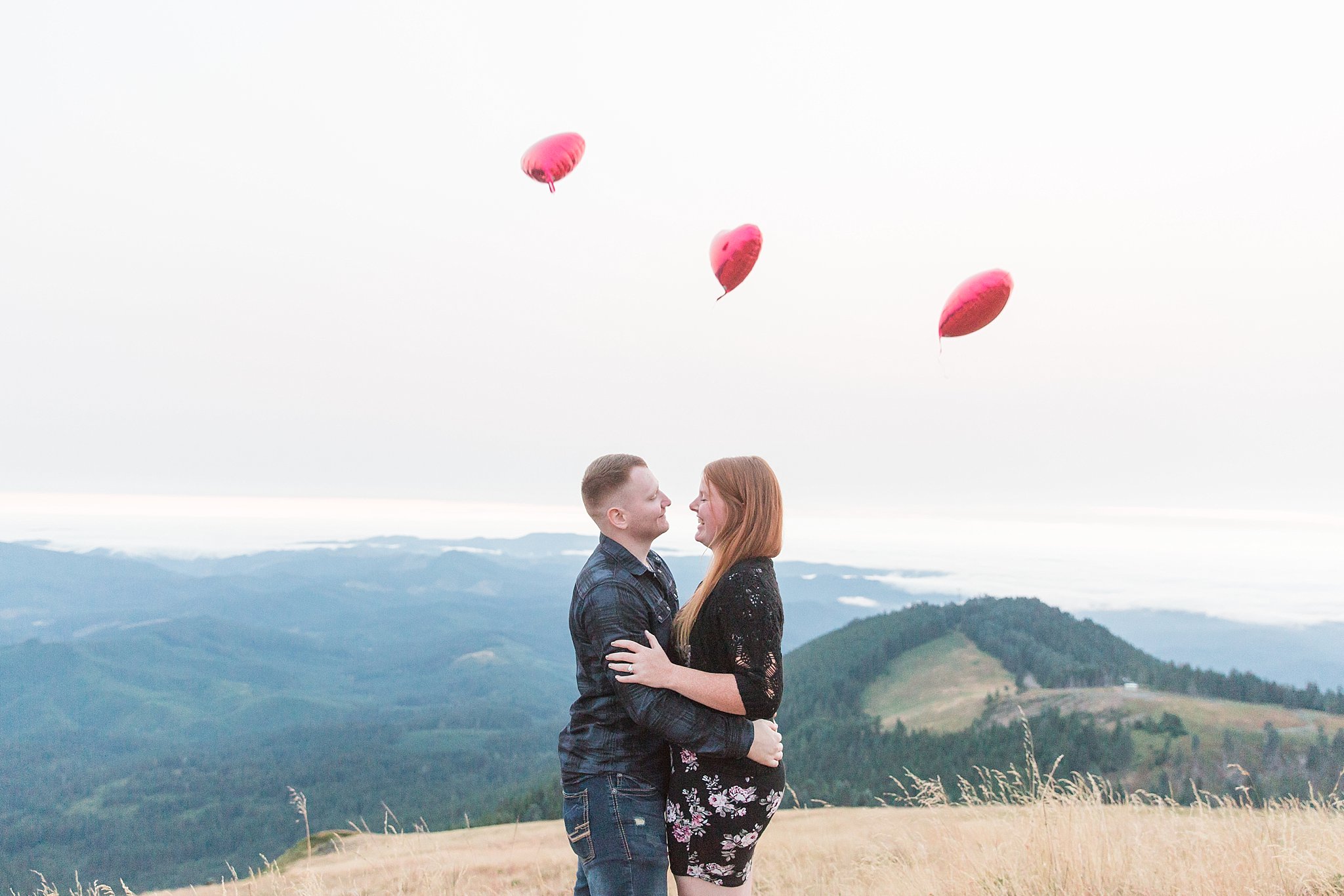 “Dark clouds rolled in across the lake, as thund

Heading out today for an epic Oregon adventure ses

HOLY COW okay you guys. If you're not following @p

Forever reliving this magical day and all the incr

Can I ask you a huge favor?⁣ ⁣ If we have work

“I could go on and on talking about this family